Lately I’ve taken to naming an Artist of the Quarter, where I assign myself to dive deeply into one artist’s catalog over the course of three months. The first was Pink Floyd, and the second is The Fall.

To my mind the early Fall is hit and miss, with bold experiments in barbed pop sitting side-by-side with perplexing nonmusic. But they hit a real groove in the mid-80s, around the time Mark E. Smith’s wife Brix joined the band. The mid-to-late 80s Fall were tight as a belt on Thanksgiving, stunningly prolific, and perfectly balanced between accessibility and provocation.

The first Fall album I bought, 1988’s The Frenz Experiment, is still my favorite. All the songs are great, but something about this one stands out; only The Fall would match a riff clearly and shamelessly lifted from a Spinal Tap song (“Tonight I’m Gonna Rock You Tonight”) with a disturbing story about an East German athlete and his unfortunate brother, who “patriotically volunteer[s] to be sent on a labor beautification course of the countryside northwest of Dresden.”

Chapter 24: Going and Coming Without Error

In looking back over the history of Winter Solstice entries on this site, I was surprised that I had never actually posted this song, adapted by Syd Barrett and Pink Floyd from the Wilhelm/Baynes translation of the I Ching. It originally appeared on the Floyd’s debut album The Piper at the Gates of Dawn, which just turned 50. Still sounds pretty good to me, and whoever put this video together did a nice job: 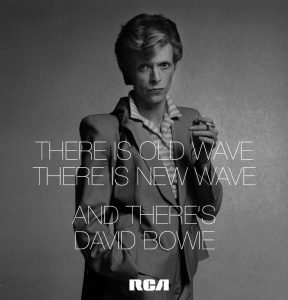 Today is the Winter Solstice, an important day in the calendar, when darkness culminates and the return of light begins.

The darkness has seemed particularly dark this year, so the end of this cycle is welcome. But before moving on I felt like taking a minute (or an hour) to wallow in it. Darkness, after all, is overcome by confronting it, not by avoiding it; in the I Ching, the “young light” emerges only after “darkness is increased by one.”

But of course, being who I am, I couldn’t resist adding some uplift at the end. It may take a while to arrive, but hold on, it’s coming. I recommend listening at dusk with a cocktail in hand, as I am doing at this very moment.

END_OF_DOCUMENT_TOKEN_TO_BE_REPLACED

Sacred Songs, Part 4: The Life of the Mind

This mix is dedicated to the memory of the fat John Goodman, who apparently is no more.