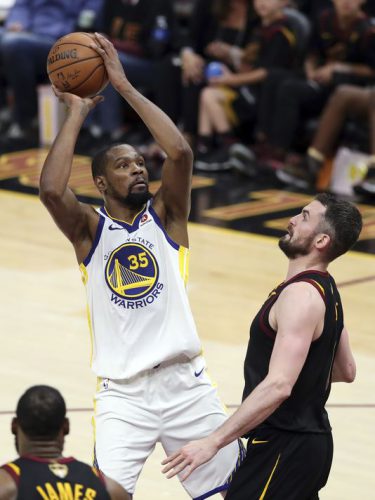 We were gathered around the TV at my dad’s house in Overland Park, KS, drinking a little wine and rooting, to be honest, somewhat lethargically; the games start late in this time zone, and there was some vacation-related fatigue going on. Fortunately Kevin had enough energy to carry the whole Dub Nation on his back, bringing us to within one game of the finish line.

Game 4 is Friday night, and the Warriors will either sweep the series or allow it to come back to Oakland for one more game. My sense from last night was that the W’s are just plain tired of playing the Cavs and ready to get this thing over with. But we shall see.