At some point during the first half last night — another oddly somnambulant performance by the Warriors in a literal must-win — every Dubs fan was girding for the nightmare scenario where our team lost. I mean, not even making it to the Finals — can you imagine?

Yes, we are spoiled. But then again who, outside of the 7th and 19th biggest markets in the USA, wanted to see a series between two one-man teams led unlikable superstars? (By which I mean LeBron James — of whom more later — and James Harden, who with Chris Paul sidelined is back to being the Houston Rockets’ sole marquee player.) And yet that seemed a strong possibility as the Warriors committed four fouls in the first three minutes of the game — including three by Klay Thompson — and went down by as much as 15 before limping into halftime trailing by a relatively modest 11.

We were watching at our friends Gary and Genia’s house in Trinidad, where it was a spectacularly beautiful day. We spent the halftime break staring out at Moonstone Beach, trying to convince ourselves that everything was going to be fine. And there was every reason to think it would be — the W’s had been in exactly this situation two days previously, and outscored the Rockets 64–25 in a magical second half.

But that’s the thing about magic: It’s unpredictable. You can’t just summon it at will. 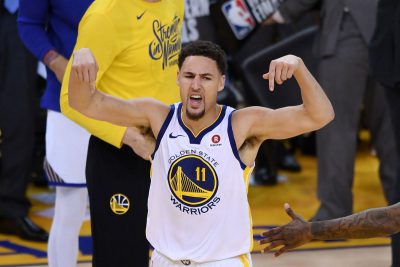 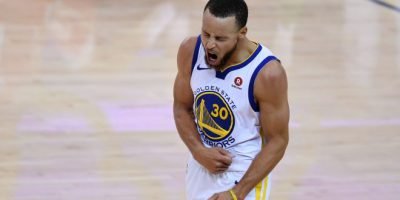 Then the second half started, and all of a sudden it was like someone had taken the kryptonite away. The Warriors scored 11 straight points — including two Klay Thompson threes, one by Steph Curry, and a nasty Kevin Durant dunk — and never looked back. They led by 7 at the end of the quarter, and never once in the 4th did Houston look capable of getting back in the game. END_OF_DOCUMENT_TOKEN_TO_BE_REPLACED

A few more thoughts on Game 5

The other day I was too stunned and hung over to form any coherent thoughts about the disaster that was Game 5. And I kind of still don’t want to talk about it. The Warriors played poorly and deserved to lose…what else is there to say?

But even in the midst of defeat they caught a huge break when Chris Paul strained his hamstring in the last minute of the game. He will sit out tonight’s game in Oakland, and while I would have preferred that the W’s beat the Rockets at full strength, at the moment any help is welcome. Andre Iguodala will miss his third game in a row, and apparently he is a keyer cog in the machine than we knew, because the Dubs have not looked like the same team without him.

But, blah blah blah…honestly I’m tired of hearing about it and thinking about it. Let’s play the damn game already and see what happens. 15 minutes to go.

This week’s song is actually two — the first two songs on Bad Company’s 1979 album Desolation Angels. These are guilty pleasures to be sure, weighted down with a heavy load of the hoariest rock’n’roll cliches. But I feel happy every time I hear them, so fuck that noise. Rock’n’roll! 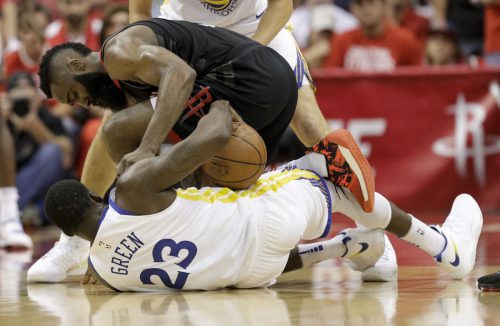