Most people think that “(What’s So Funny About) Peace, Love & Understanding” is an Elvis Costello song, but in fact it was written by Nick Lowe back in 1974, when he was a member of the pub-rock band Brinsley Schwarz. Elvis’s version is all well and good but, hipster snob that I am, I prefer the original. After putting it on a mix that I made, I heard it several times this week, and it got better each time; it has not aged a day in 43 years, and is perhaps more relevant and more necessary today than it ever has been.

Oddly, all I could find on the YouTube was this live version:

And even that was way down the page, below EC, several Lowe solo renditions, and covers by Bruce Springsteen, Audioslave, and A Perfect Circle. The latter are actually second-degree covers: covers of Elvis’s cover, not that there’s anything wrong with that. “What’s So Funny” has also been done by everyone from Wilco, Natalie Merchant, and the Wallflowers to the Flaming Lips, Midnight Oil, and of course Trip Shakespeare. Oh, and let us not forget, Bill Murray. Peace and love, everybody. 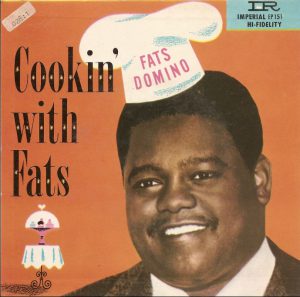 This blog has been on life support lately, but I’m not quite ready to let it die. After 12 years and 1000+ posts, The Philter feels like an old friend, though I’ve been devoting most of my energy lately to The Beatles Plus 50.

So let’s see…what can we talk about? I’ve thought often lately of writing about politics, as there’s so much to write about. And then I think…nah…healthier not to think about it any more than you already do.

There’s the Warriors, I guess. That’s a pretty safe topic outside of Cleveland, and maybe Oklahoma City. The NBA season started a week ago, taking many of us a little by surprise, as the first game is not usually till Halloween. But this time the season was extended in an attempt to minimize the number of back-to-backs teams play, with the result that neither the W’s or I were quite ready for game 1. They had just gotten back from China while I was still in Europe celebrating an important birthday.

That game was a close loss to the annoying Houston Rockets, and since then we’ve both been rounding slowly into shape. There was a win and a loss, with me only managing to catch part of each. Game 4 last night was a little shaky, the Warriors struggling early with the underwhelming Dallas Mavericks, me with the technology I use to watch the games. But in the second half we got it all figured out and there was some nice relaxing garbage time, including an off-the-backboard-self-pass dunk by rookie Jordan Bell. I expect it will be an enjoyable season.

It is a little different to be a Warriors fan this year, even from the previous post-championship season. This time, the Dubs are coming off a 16–1 playoff run, and it is widely accepted that they are a mortal lock to repeat. Motivation is inevitably a problem under such circumstances, for players and fans alike.

But if that’s all you have to worry about, things could be a lot worse. It takes a minute to get the machine cranked up again, right? One step at a time.