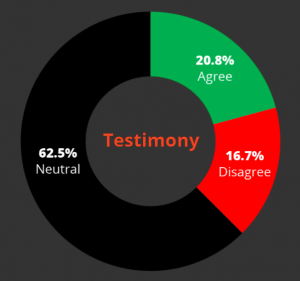 In a nation ruled by swine, all pigs are upward-mobile — and the rest of us are fucked until we can put our acts together: Not necessarily to Win, but mainly to keep from Losing Completely. We owe that to ourselves and our crippled self-image as something better than a nation of panicked sheep…but we owe it especially to our children, who will have to live with our loss and all its long-term consequences. I don’t want my son asking me, in 1984, why his friends are calling me a “Good German.”
– HST, 1971

Frequently over the last few months I’ve found myself wondering what Hunter S. Thompson would have had to say about the improbable and terrifying rise of President Fuckface Von Clownstick. We know in general terms, of course: Hunter would have hated him. But how, exactly, would that hatred have expressed itself? Would it have reached the same level as HST’s legendary antipathy to Richard Nixon?

We could really, really use a little of the old gonzo magic right now. I hereby call upon the spirit of Hunter Thompson to visit me in my dreams and tell me his thoughts. If he obliges, I’ll let you know.