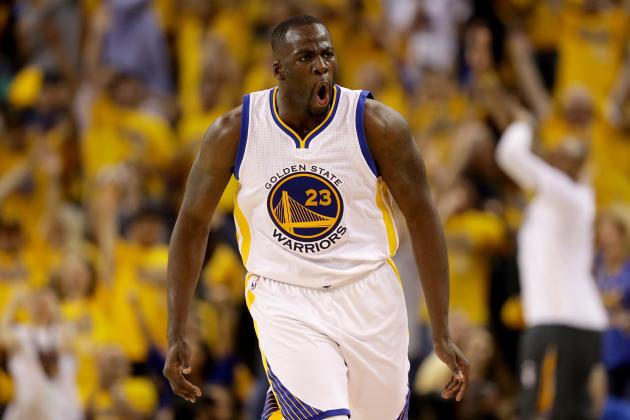 Go ahead and shout.

It’s tempting to gloat at a time like this, when My Golden State Warriors just beat the stuffing out of the Eastern Conference Champs in Game 2 of the Finals. Steph Curry and Klay Thompson once again underperformed (this time managing 18 and 17, respectively), and it did not matter in the least. After taking a while to get going, the Warriors took a 15-point lead in the 2nd quarter, which the Cavs cut to 8 at halftime. But in the 3rd quarter the W’s came out blazing; by the time it was over they were up 20, and things only got uglier from there.

The leading scorer for either team was Draymond Green with 28, and this is really not good news for Cleveland, who again could not take advantage of a subpar shooting night by the Splash Brothers. The Cavs turned the ball over, took bad shots, and had numerous defensive lapses that led to easy shots for the Dubs. By the middle of the 4th it was a 30-point game and I was waiting for the ref to stop things before someone got hurt.

Still and all, it’s just a 2–0 lead at this point. Now the series goes back to Cleveland for Games 3 and 4 and you have to hope, just for the sake of sheer human decency, that the Cavs muster some pride and show a little backbone. They should have no shortage of bulletin-board material with all the nasty stuff that was said about them after the game, and will continue to be said over the next couple days. Gloating would be premature, but one thing is just as true now as it was in November: The Warriors are the champs until someone takes it away from them.