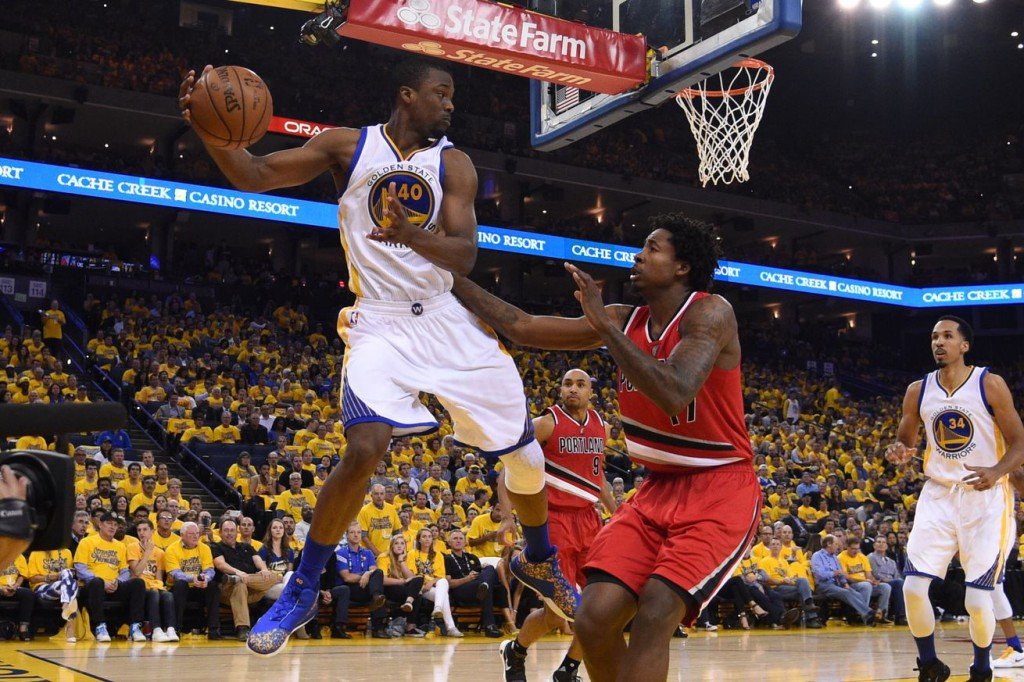 The Warriors have won two playoff series and are still waiting for Playoff Barnes to show up.

All last night the announcers were saying that Game 5 was a “win or go home” situation for the Trail Blazers — which was not exactly right. Had there been a Game 6, it would have been in Portland, so they were going home either way. Thankfully they are going home by themselves, to watch the rest of the playoffs on TV and think of what might have been.

Although both the Warriors’ playoff series so far have gone 5 games, this one had a very different feeling from the Houston series. The Rockets never quite seemed to have what it took, whereas the Blazers challenged the W’s at every turn. It helped, of course, that Steph Curry missed the first three games; but for a team that wasn’t even supposed to make the playoffs this year, it was quite an impressive performance. The Blazers’ backcourt of Damien Lillard and C.J. McCollum were particularly formidable, and look set to do battle with the Splash Brothers for years to come.

So much for the fallen. Now the Warriors await the winner of the Spurs/Thunder series, which OKC currently leads 3 games to 2. I’ll be rooting for the Spurs tonight, and if there is one, in Game 7 too. Nothing against the Thunder, who boast two of the best players in the business; but many of us have been looking forward to a Warriors/Spurs series all season long and will feel cheated if we don’t get one.

Lurking in the distance, meanwhile, are the Cleveland Cavaliers, who haven’t lost a game in the playoffs yet and may get to the Finals without a scratch on them. Unlike last year, the Cavs are fully healthy and appear to be playing with some sort of cohesion. So that’s another thing to worry about, if you’re looking for one. In the meantime, the Golden State Warriors and their fans can take a well-deserved break.

← Diamanda Galas quote of the day ← Shake It Up