Diamanda Galas quote of the day 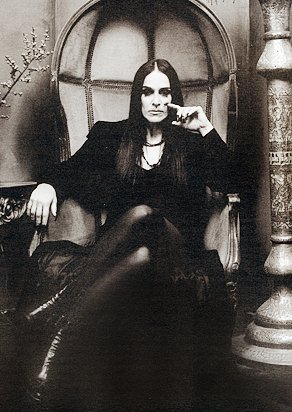 Diamanda Galás is an American avant-garde composer, vocalist, pianist, organist, performance artist, and painter. Galás has been described as ‘capable of the most unnerving vocal terror.’ –Wikipedia

Like latter-day Scott Walker, Diamanda Galas is one of those artists who I respect tremendously without really wanting to listen to. She has been pursuing her harrowing vision of what constitutes music for something like 40 years now, and deserves credit for being a singular artist who does not compromise. It’s not anything I need in my regular rotation, but more power to her.

She was profiled in The New York Times this week in advance of her first live performance there in several years, and one of her pronouncements on the state of music, and art in general, struck me in its HST-like incisiveness. As Steve Martin said, some people just have a way with words.

“To be an artist is to be equal to the present. Because mediocrity is so largely rewarded and broadcast ubiquitously, like a swarm of mosquitoes, by obese and tone-deaf accountants, the public is unable to learn about, let alone hear, see and digest the art of the present.”