There Are No Clever Headlines for 71 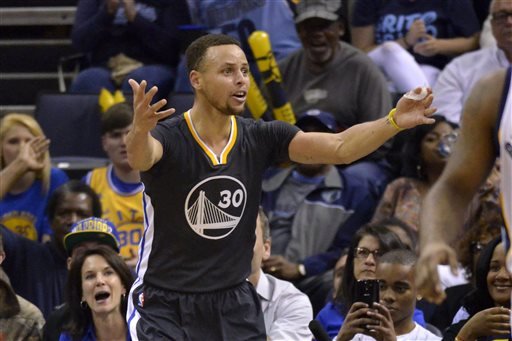 Why can't I get any calls?

My hope is that in retrospect we’ll look at last night’s game as something we all just had to suffer through – an annoyingly close game against a shorthanded but scrappy opponent that ended up hinging on some questionable calls.

I unfortunately had to go through the difficult process of detaching myself from a game that was entering the 4th quarter still in doubt. We had promised to attend a disco-themed murder mystery birthday party (and if you find that phrase confusing, don’t worry about it), and so had to follow the final minutes on the NBA app on my phone. The Warriors were down 10 with about five minutes to go, then came roaring back, and it was touch-and-go down the stretch.

In the end the Grizzlies had the ball, down 100-99, with about 8 seconds left on the clock. Our host tried valiantly to get the broadcast on his TV, but couldn’t get it done, so I was still watching the play-by-play when the game ended. It appeared that the Warriors had won, then some message flashed up about an “altercation review” – I still don’t know what that means, but upon watching the video, it appears that the Grizzlies got off two contested shots on their last possession, and some people thought there should have been foul calls on one or both.

Could be. Bet let me say this – watching the first 3 quarters, I was amazed all over again at how often the referees let people bump, grab, and push Steph Curry without calling anything. I mean, the man is the MVP, he’s on the smaller side…blow the whistle, ferchrissakes. It almost seems like there’s this idea that he’s cheating by being as good as he is, that he doesn’t need the added benefit of having fouls called.

If they keep letting people get away with it, one of these days Steph is going to get injured, and who will that be good for? Well, maybe the other 29 teams in the NBA; but I don’t think they want it to go down that way. The league itself has a vested interest in protecting Steph, so why don’t they do it? It really and truly mystifies me.

Alright, enough dwelling on the past. There’s another game tonight, in San Antonio, where the W’s haven’t won a regular season game since 1997. It would be really, really nice to win this one, for several reasons. I assume that the Spurs are going to play all their guys, as they’d like to a) keep their undefeated home streak going and b) thwart the Warriors in their quest for 73 wins. Then again, I wonder if there’s not some part of Gregg Popovich that wants to rest his players and let Steve Kerr, who is something of a protege, go ahead and make history. Pop is a complicated guy and it’s dangerous to try to parse his thought process, so I’ll speculate no more for now. Tipoff is in 6 hours.