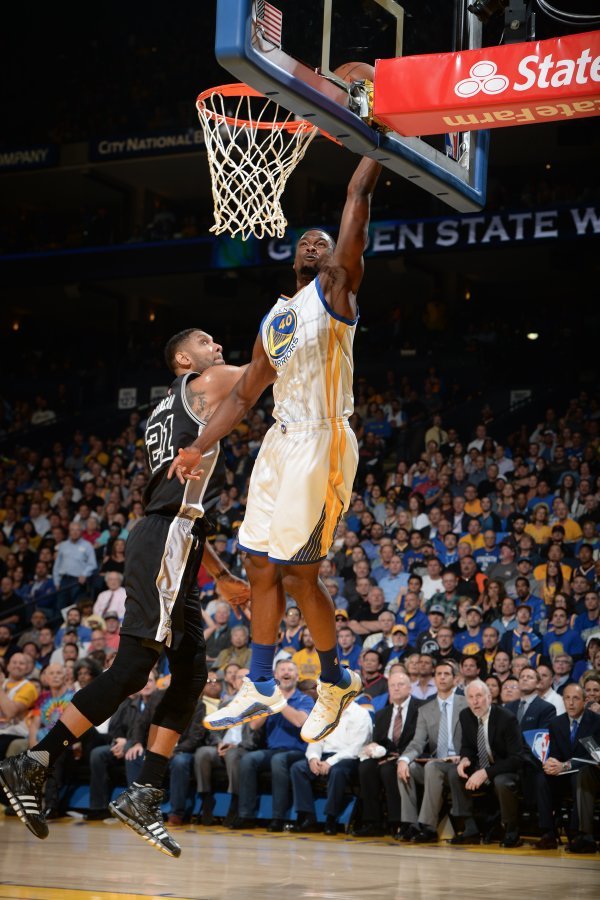 All of Dub Nation is breathing a little easier today, now that our team has reached the nice round number of 70 wins – and clinched the #1 seed throughout the playoffs – with a convincing victory against the San Antonio Spurs. The worst they can do at this point is finish with the second-best record in NBA history, which is not too shabby.

For once I find that Kobe and I are in complete agreement. I don’t see any reason why the Warriors can’t have their cake and eat it too; after all, these are professional athletes. Playing ball is what they do. I don’t remember Jordan taking many games off back in the day, and no one said a damn thing about it. But then, I’m a pie-in-the-sky idealist, so what do I know?

Anyway, once the game started, there were a few tense moments as the Warriors looked shaky early, with Draymond Green getting two quick fouls and throwing a temper tantrum that drew a technical. But they righted the ship and started playing the way they’re supposed to play, moving the ball, hitting open shots, playing scrambling defense. They took a double-digit lead in the 2nd quarter, and the Spurs never really threatened again.

This was not a complete stomping like the last time the Spurs came to Oakland, but it was a very convincing win. At times in the second half it seemed like the Dubs were playing with the Spurs, letting them think they might have a chance, then dropping the hammer and running back on D laughing. Better still, Playoff Barnes made an appearance, going for 21 points on 8-13 shooting, including a nasty left-handed spike that got the crowd going.

Now Coach Steve has make some decisions about who’s going to rest and who’s going to play in the remaining three games. They may be made somewhat easier by the fact that two of those games are against the undermanned Memphis Grizzlies. The Grizz are missing both their center (Marc Gasol) and their point guard (Mike Conley), both of whom were playing when the Warriors beat them by 50 back in October.

Course you can’t take anything for granted; we learned that the other night when the Dubs belly-flopped against the Timberwolves. But regardless, today is a good day to be optimistic.