It’s a long way to the top 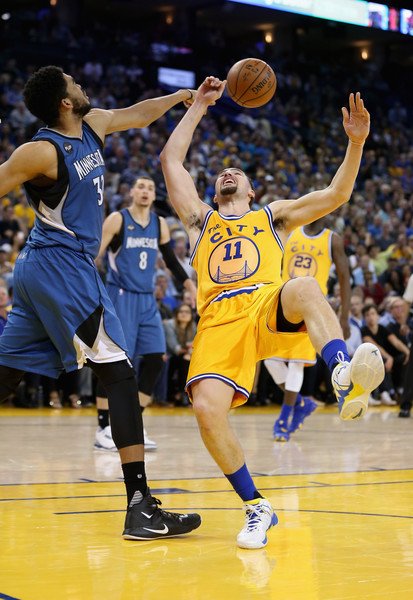 I still don’t know what happened. There I was at Sidelines, drinking whiskey and laughing as the Warriors did their thing. After toying with the Minnesota Timberwolves for two quarters, they were pulling away in the 3rd behind a typical Steph Curry outburst, en route to win number 70. Iguodala, Bogut, and Ezeli were all back on the floor, Harrison Barnes was giving a Playoff Barnes preview, and all was right with the world.

And then it all went wrong. The Wolves started hitting shots, the W’s failed to counter, and next thing you know we were headed for overtime. Uncharacteristically, the home team looked flat in OT and ended up losing their 9th game of the year and 2nd at Oracle, 117-112.

Fortunately, as Merle so helpfully pointed out yesterday, none of this matters. The Warriors will win 70+ games this year, and they will be the #1 overall seed in the playoffs; anything else is just gravy. In a postgame interview, Draymond Green admitted that the W’s were “bored.” “We’re ready for the regular season to end,” he said. And you can see where he’s coming from. Fortunately, there are only four more to play, home and away sets against the Grizzlies and the Spurs.

Speaking of the Spurs, they have been playing their usual coy head games, first saying they’re going to rest their key players against the Warriors, then saying they’re not. Fortunately, again, none of this matters, not at the moment anyway; it’s all about setting the stage for what we all hope will be an exciting Western Conference Finals. In the meantime, the two teams will get to see each other up close tomorrow night in Oakland.