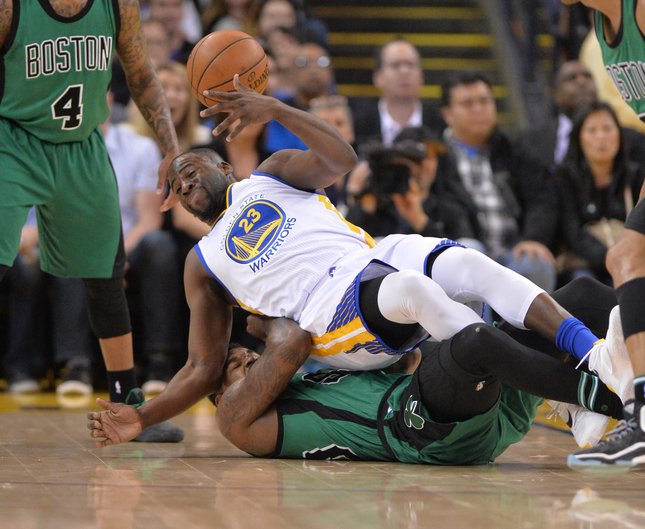 It was that kind of day.

Well this is embarrassing. One day after I wrote that the Warriors were not tired and there was nothing to worry about, they looked tired in their first home loss of the year, 109-106 to the Boston Celtics.

I already had this window open to write about what would have been their 69th victory of the season, which I now realize is bad juju. So maybe this whole thing is on me. Or maybe it was just an elaborate April Fools joke on the fans by the team. Or maybe it was karmic payback for the kinda mean prank played on Festus Ezeli by some of his teammates.

In any case, what’s done is done. The Warriors are now 36-1 at home, which is not too bad, and they can lose one more game and still break the Bulls’ record. The big issue is if fatigue is starting to catch up with them, and if coach Steve Kerr needs to start prioritizing rest over the record. I’m glad it’s not my decision to make; that’s why Steve gets the big bucks. We’ll see what he does tomorrow, when the Dubs take their second shot at win #69 against Portland.