73 Is a Magic Number 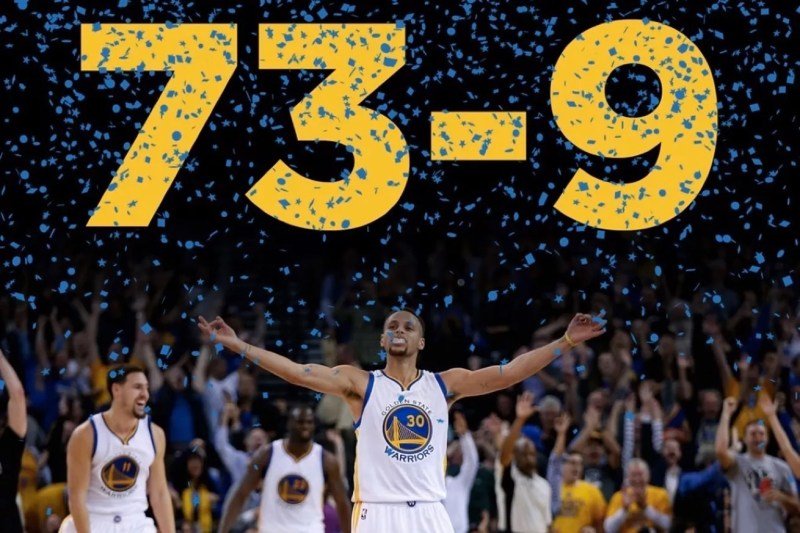 It is done. Last night the Golden State Warriors defeated the Memphis Grizzlies, 125–104, to secure their 73rd win of the season against 9 losses. That’s a record.

Meanwhile, down in Southern California, Kobe Bryant just had to screw us one more time by scoring 60 points in his last game and siphoning off an inordinate amount of media attention. After the euphoria of the W’s victory, I had to sit there fuming as ESPN showed Kobe’s seemingly endless press conference.

But it’s all good. It wouldn’t do, anyway, to get overly excited about the regular season when the real season – a.k.a. the playoffs – starts on Saturday. I won’t mention that Steph Curry made three-pointers numbers 393–402, obliterating his own record of 286 that he set last year. I won’t mention that he scored 46 points on 15–24 from the field while it took Kobe 50 shot attempts to get his 60. Just another day at the office. Now the Warriors get two days off, and the whole circus starts up again when the Houston Rockets come to town to start a 7-game series. See you then.