Draymond Green quote of the day

Day-Day on Steph Curry, agreeing that he is better when Steph plays:

“If he doesn’t make you better, YOU suck.” 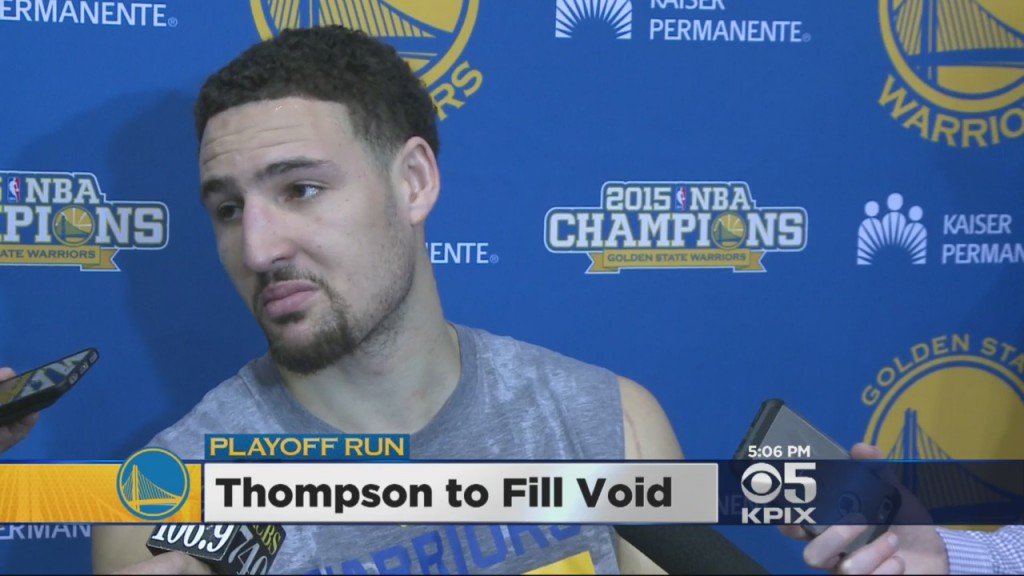 Klay Thompson discusses his postgame plans with the media.

What a relief. After two days of Steph-Curry’s-right-knee-related angst, it was nice to have an actual basketball game to focus on. And the Stephless Wonders (by using that term twice now, I believe I have trademarked it) did not disappoint, putting in a nearly flawless performance to pummel the hapless Rockets, 114–81. The passing, the shooting, the defense were all clicking on all cylinders, and you shudder to think how lopsided it would have been with Steph involved.

About the only thing that worried me was when Klay Thompson went on a Curryesque flurry of long threes in the third quarter and Steph himself, resplendent in a tan blazer on the sideline, celebrated by bodily hefting guard Ian Clark into the air. Stephen, please, no — no heavy lifting while you’re on the mend.

This is no time to break out any champagne, but we W’s fans certainly have to feel good about the way they’ve performed since losing the MVP. In 6 quarters they outscored the Rockets 179–116. Admittedly, the Rockets are a pathetic excuse for a basketball team; throughout Game 5 their body language said that they were ready to go on vacation. But still, it’s a pretty good sign.

Up next, most likely, is the Blazers. After struggling early they pulled away from the shorthanded Clippers last night. They lead the series 3–2, and the odds of this version of the Clips rallying to take the series is roughly a gazillion to one. The Blazers are a young team with a lot of energy and a dynamic backcourt led by the formidable Damian Lillard. Nothing to be sneezed at, but still I like our chances.

Keep calm and Curry on

It’s been a complicated couple days for Warriors fans, with news coming down that first Chris Paul and then Blake Griffin – the despised LA Clippers’ two best players – had sustained season-ending injuries. The first emotion I experienced was reflexive glee. Then I started doing the math and realized that this is not necessarily good news. For one thing it means that – assuming for the sake of argument a defeat of the Houston Rockets, which still must be earned – the W’s will have to play the Portland Trail Blazers, who are young and fast and gave us trouble a couple times this season. For another it decreases the likelihood that the Clippers/Blazers series will go 7 games, giving Steph Curry the maximum number of recuperation days before the next series begins. Again assuming blah blah blah etc.

Steph would not be ready for the start of a second-round series, and it remains an open question whether he might be able to play in it at all. I personally choose to remain cautiously optimistic, which is almost always a good way to go. If things break the right way, the W’s could get to the Conference Finals able to say that they’ve overcome some real adversity, throwing another dart in the haters’ eyes. If they don’t break the right way…then they don’t. That’s life, and it will go on regardless.

These are the times that try men’s souls

The Nation is freaking out right now about the news that Steph Curry has a sprained medial collateral ligament and is expected to be out for two weeks. And while this is not good news, exactly, it could be worse; all day long I’ve been bracing myself to hear the dreaded words “season-ending.”

Best-case scenario, the Dubs finish off the Rockets Wednesday and the Blazers/Clippers series goes 7 games. Maybe Steph gets back halfway through the second round; maybe the Stephless Wonders play like they did in the second half of Game 4, in which case they’ll beat everybody anyway. And then we get a well-rested #30 back for the Conference Finals against the Spurs.

Too sunshiny an outlook? Maybe. Want to bet against it? 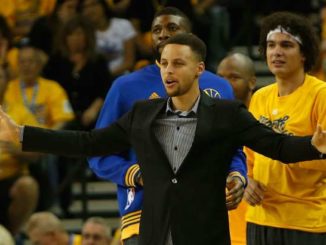 We'll probably be seeing more of this.

This was one of the stranger basketball games I’ve seen in a while. It was a back-and-forth affair, tied at 56 near the end of the first half, when Steph Curry slipped on a wet spot and hurt his knee. Our hearts all skipped a beat, and mine is still a little off-rhythm, as the severity of the injury is not yet known.

The good news is that the Warriors came out after halftime and stomped the living shit out of the Rockets, outscoring them 41-20 in the 3rd quarter and 65-38 in the half. It was a truly impressive display by a team missing its best player. The craziest part is that the Warriors set a new NBA record by hitting 21 3-pointers — with only one of them made by Mr. Curry.

It seems highly unlikely that the Rockets will recover from being humiliated on their home floor; this series should be over on Wednesday, and hopefully Steph will be back by the time the second round starts. On the whole, it was a scary but ultimately pretty gratifying day to be a Warriors fan.