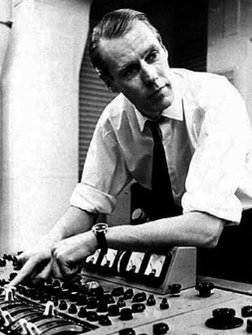 There is no off position on the genius switch.

Sir George Martin passed away yesterday, which is certainly worth noting, though I don’t have anything particularly original or useful to say about it. I think we can safely say that without his guidance, the Beatles as we know them would not have existed, and for that alone we all owe him a vast debt of gratitude. And I think he deserves a tip of the hat, as well, for his underrated contributions to the field of comedy; as producer of key British comedy records by the likes of Peter Sellers and Spike Milligan, he had his influence on the Beatles of comedy – Monty Python’s Flying Circus – as well.