So just a few days after I wrote about Martin Shkreli, in the context of his status as the owner of the only copy of Once Upon a Time in Shaolin, he was arrested by FBI agents on securities fraud and wire fraud charges. As a result he has been in the news even more than previously, and the more I learn about him, the more I’m impressed by what a weirdo he is – in that special way that only billionaires can be weird, by virtue of having the resources to indulge their eccentricities to the farthest extreme.

The day after his arrest, Shkreli was back on the streets and back on the internet, live-streaming five hours of his life during which he played online chess, strummed his guitar, and browsed OKCupid dating profiles. Or so I am told. I am not going to enable Shkreli’s colossal ego by by watching that shit, curious as I may be; it’s bad enough I’m writing about him.

Frankly, though, I’m not sure which is weirder: that Shkreli likes to live-stream his entire life –  he has previously posted video of himself working on his computer, and even sleeping – or that people seem to care. On his part it’s just raw narcissism; what’s the excuse of the people who are watching? Morbid curiosity? Lifestyle envy? Or just a simple case of nothing better to do?

Shkreli clearly craves notoriety, perhaps even more than money, and doesn’t seem to care how he gets it. In that sense, casting himself as a heel in the increasingly professional-wrestling-like world of modern celebrity is a shrewd move. He also apparently takes some amount of inspiration from the world of gangsta rap, and no doubt considers himself a “gangster” of one kind or another, which makes his recent perp-walk something to brag about. Well. Hopefully he will be doing hard time soon, and we’ll see then how hardcore he is.

Are you kidding me? 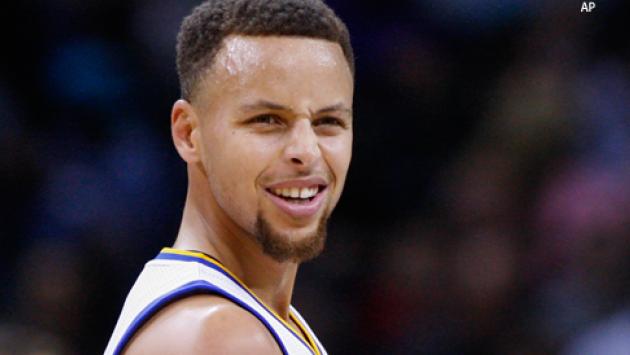 I did what now?

I have been superstitiously avoiding writing about the Warriors up to this point, waiting for them to lose a game before I talk about the insane run they’ve been on. But since it looks like that may not happen anytime soon, I’m just going to go ahead.

As of this writing, the W’s are 20-0. That’s twenty wins and zero losses, for those of you keeping score at home. The previous NBA record for wins to start a season was 15, which they have now left far behind. There have been a few close games in there, including a nail-biter the other night against Utah, but also lots of blowouts. Like last night’s evisceration of the Charlotte Hornets, wherein Steph Curry went for 28 points in the 3rd quarter.

END_OF_DOCUMENT_TOKEN_TO_BE_REPLACED

Twilight of the Mamba 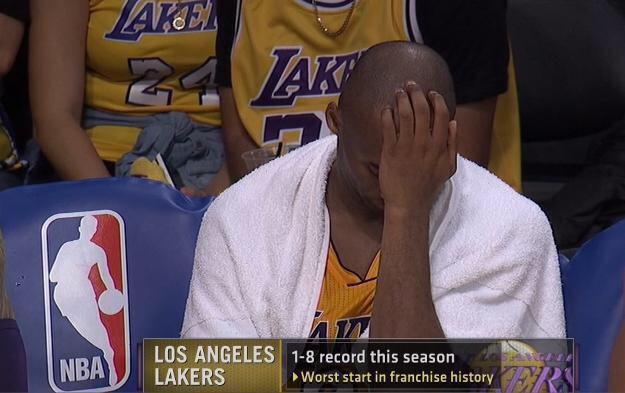 Don't cry, Kobe. It'll all be over soon.

Will I miss him? Well…maybe a little bit. He’s been the player I love to hate for 20 years now, and for most of those years he tortured Warriors fans. I’ll never forget one day in the late 90s when the Lakers spotted the (in them days) normally hapless W’s 25 points. Several of us gathered in front of the TV in anticipation of a rare victory over the hated purple and gold. Instead, the lead slowly slipped away, and we started to get that familiar sinking feeling. The night ended with Kobe hitting a buzzer-beater to win the game and me in the fetal position on my friend Willem’s couch.

But times have changed. Last week, we got to see the Warriors run their record to 16-0 against a remarkably awful Lakers team while Kobe shot 1-for-14 from the field. It was both thoroughly delightful and kind of sad. Kobe is 37 now and no longer has the wherewithal to torture us, no matter how much he might like to. This week he officially announced, to the surprise of none and the relief of many, that he will be retiring at the end of this season.

But he apparently intends to play out the string for 2015-16, despite the fact that – according to ESPN – “His field goal percentage and 3-point percentage both rank last in the NBA among qualified players.” Lakers coach Byron Scott says that Kobe will continue to start, that he’s “earned that right,” and thus will continue to drag his team down with his selfish and inefficient play. This may be the Lakers’ subtle way of tanking the season, putting them in position for another high draft pick next year.

The mantle of Warriors Public Enemy #1 has already been taken up by Blake Griffin, who, let’s face it, is no Kobe. Though a gifted player, Griffin is not quite the incandescent talent that Kobe was at his peak. He is also slightly less hateable – a whiny crybaby punk, sure, but not a rapist (alleged).

So there was something bittersweet in watching the Black Mamba be turned helplessly in circles by the swarming Warriors, like an old lion being toyed with as a prelude to being ripped apart. Kobe set a gold standard for hateability that will never be matched, and that’s worth taking a moment to appreciate, before we get back to talking about the Dubs. Who are – as of today – 19-0. More on that later.