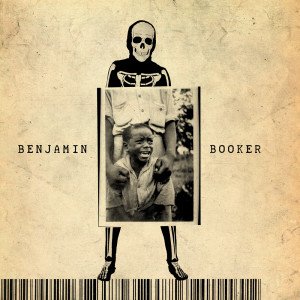 It has taken a while, partly through indecisiveness, mostly through laziness, but I am finally ready to name my album of the year for 2014: the self-titled LP by Benjamin Booker.

I use the term LP advisedly, as this music would sound right at home on scratchy old vinyl. It is a gloriously analog production — just guitar, bass, and drums, and of course Booker’s voice, which has the raspy authority of a grizzled bluesman though he is only 25 and this is his debut album. He just sounds like an old soul, sort of like Amy Winehouse did; hopefully he will be around longer than she was.

Benjamin Booker leads off with “Violent Shiver,” a raw blast of adrenalin that starts with a Chuck Berry riff and then leaps into Who-ish power-trio territory:

From there it alternates between aggressive rockers and more pensive ballads, but the youthful energy is palpable throughout; even the slow songs are constantly threatening to blow wide open, and sometimes do.

The album’s centerpiece is probably “Kids Never Growing Older,” a mournful dirge that occasionally erupts into bursts of thunderous noise. This song feels like it has some history behind it, like a lament for every injustice in the history of the nation; but it also feels up-to-the-minute, given all the incidents over the last year and a half of young African-Americans being gunned down by the police.

You can’t get the studio version on the YouTube for some strange reason, but this live performance should give you the idea:

There’s a line where Booker sings “Don’t say they never told you,” but the way he drawls it, it comes out sounding like “Don’t say we never torture”–which has a resonance all its own, considering what we’ve learned lately about happened during the Iraq War. Even by accident, Booker is interesting. Here’s wishing him a long and fruitful career.