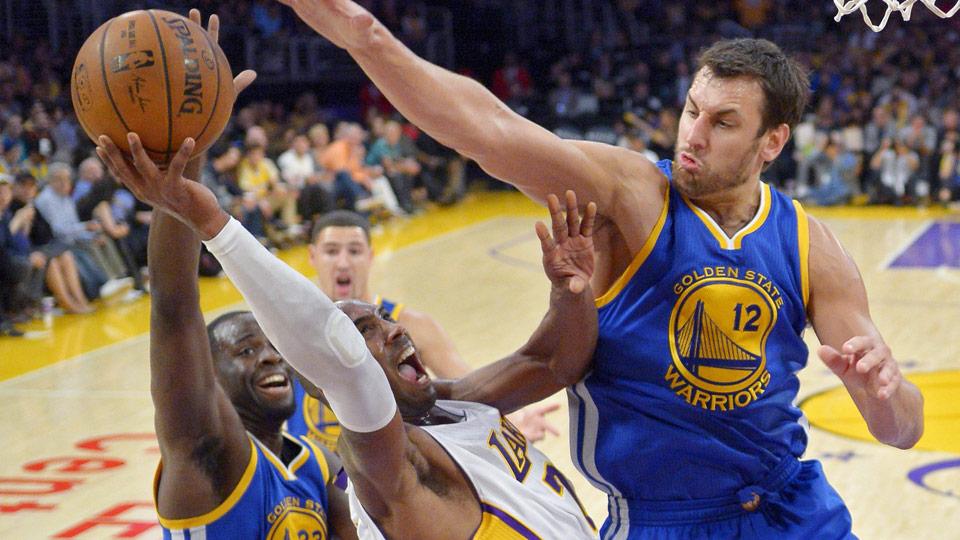 There are at least 4 things I love about this photo.

I have been superstitiously avoiding writing about the Warriors, because they have been on a crazy run unlike anything I have ever experienced as a basketball fan. After I last wrote about them on November 10, they lost the next game (to the San Antonio Spurs) and then did not lose again until last night (to the Memphis Grizzlies). In between, they ticked off 16 straight wins, raising their record to a surreal 21-2 (now 21-3).

It’s hard to know what to say. This team is very, very good at what they do. They score, they defend, they rebound, they pass. They play with supreme swagger that has not (yet) turned the corner into arrogance. They post fun videos on YouTube and Instagram. It’s a sweet time to be a Warriors fan.

The only sour note is that Andrew Bogut’s knee is acting up, and aside from Steph Curry, Bogut is the one player the W’s cannot afford to lose. He is the defensive anchor and a key cog in the offensive scheme. So now I have something to worry about, which is a much more familiar position to be in. That head-in-the-clouds, it’s-impossible-for-us-to-lose stuff is great, but weird. Reality may set in now; but then again, reality still has the chance to be pretty damn spectacular. So no complaints from this quarter.