Some now living will never die.

It’s been a while since I could just post about whatever I felt like, so I thought I might take a few minutes to update you, faithful readers, about some of my ongoing obsessions.

According to every source of information at my disposal, Abe Vigoda remains alive. Among those who have shuffled off this mortal coil since I last wrote about Abe (2/25/11):

Just to name a few. Whereas Abe’s to-all-appearances-imminent death has been a running gag in popular culture for about 40 years now. Long may he reign.
END_OF_DOCUMENT_TOKEN_TO_BE_REPLACED 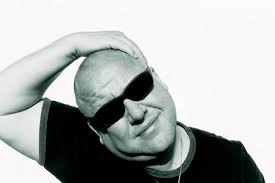 After all these years I’m still missing an “I” and a “Q.” I never saw Queen, Quarterflash, or the Quicksilver Messenger Service, but I would see Q-Tip given half a chance. As for “I,” it may have to wait for time travel so I can see the Ink Spots.
END_OF_DOCUMENT_TOKEN_TO_BE_REPLACED

Now Where Was I?

So in the time it took me to get all the way through Apocalypse Now, the NBA Playoffs, the World Cup, the Tour de France, and many other world and personal events came and went. In the interest of economy and brevity, I have composed some haikus to cover this lacuna.

Do you believe that
Vincenzo Nibali is
Drug-free? Please discuss.

Out of the boonies
Man, the Internet is fast!
What’s good on Netflix?

I have a new job
I know, it’s hard to believe
But what can you do?