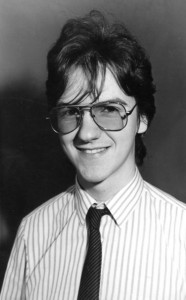 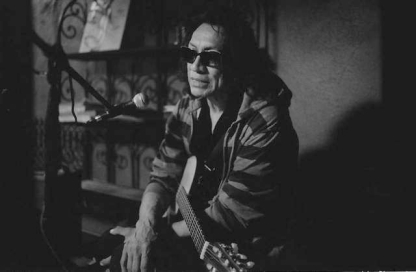 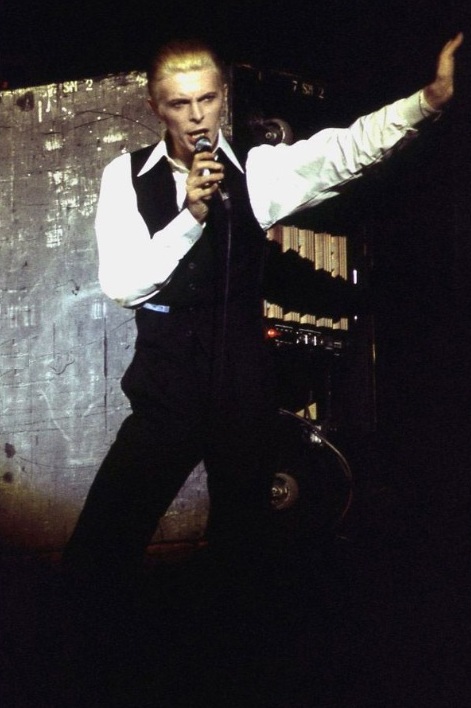 0:00-1:13 This is the intro. It starts as a wash of white noise, under which a chugging rhythm that resembles the sound of a train emerges. At :30 a whistle is heard, and though there is no voice saying “All aboard!” (except perhaps in my head), the meaning is clear enough: We are in for a journey. I always quite enjoy this part, because it means the next 10 minutes will be unusually pleasurable ones. After that the rhythm speeds up, dopplers, and the sound of the train’s wheels can be clearly heard. At 1:04 a single guitar note becomes audible, feeding back and distorting into a more solid tone, and a very subtle rhythm track kicks in, leading to…
END_OF_DOCUMENT_TOKEN_TO_BE_REPLACED

The Stars (Are Out Tonight)

It’s going to be all Bowie, all the time for awhile as the Bowie Nation girds itself for the release of The Next Day, scheduled for, um, the next Tuesday.

I have been working on managing my expectations for this album, which would have to be insanely great even to crack my list of top 10 Bowie records, and has virtually no chance of threatening the top 5 (in alphabetical order, Diamond Dogs, Hunky Dory, Station to Station, Young Americans, and Ziggy Stardust; the exact order varies depending on season, time of day, atmospheric pressure, and other factors). It helped that The Next Day was unexpectedly available as free download on iTunes for a couple days. I listened to it just enough to conclude that it does not suck and it fact shows great promise; now I am content to sit back and wait for the actual physical object to arrive via U.S. Mail. Yes, I am old-school that way.

In the meantime, let’s talk a little about the second single, “The Stars (Are Out Tonight).” It may not be the greatest song David’s ever written, but man, it’s one hell of a video. Provocative, would be my one-word review. In case you haven’t seen it:

Truth be told, the spectre of another David – Lynch – looms large over this production. He was not involved as far as I know, but his footprints are all over it: the subversion of suburban normality, doppelgangers, food fetishism, weird jumpy cuts and changes of speed; all that’s missing is midgets talking backwards. Bowie knows from David Lynch, we can be sure – he appeared in the Twin Peaks movie, Fire Walk with Me – so I doubt the resemblance is accidental. Instead I imagine Bowie saying to his director, “Give me a Lynch-type thing here.” Well, Mr. B has always been one to steal from the best; and had Lynch in fact directed this, it would have been the best thing he’s done for 20 years. So no one is harmed, I don’t think.

It’s a nice touch by Bowie casting himself as the straight-laced everyman whose life is upended by the intrusion of a freaky celebrity couple. Young Bowie, with his combination of devastating charisma and ambiguous sexuality, was the bane of uptight parents everywhere; but with the passage of time he became almost cuddly, which was nice for him perhaps but not so rock’n’roll. In his golden years he seems to have made a conscious choice to embrace his freakitude. So The Next Day, I think, marks the return of not just David Bowie the artist, but also David Bowie the provocateur. This is a welcome development indeed.