How is today different from any other day? Because not only is it Christmas Day — when we observe the birthday of the man who, in the words of Douglas Adams, “said how great it would be to be nice to everyone for a change” — it is the first day of the NBA season. There were five games back-to-back-to-back-to-back-to-back, but I have been pacing myself because for some inexplicable reason the nightcap features My Golden State Warriors hosting the L.A. Clippers.

I only had a couple drinks today, so I’m pretty sure I didn’t imagine Justin Bieber singing “Little Drummer Boy” to open the broadcast. I guess this is what it means to be in the big time. As of this writing the W’s are beating the Clips 43–41 and it is approaching midnight EST; it’s pretty touch-and-go as to whether I will make it all 48 minutes, so…merry NBXmas to all, and to all a good night. 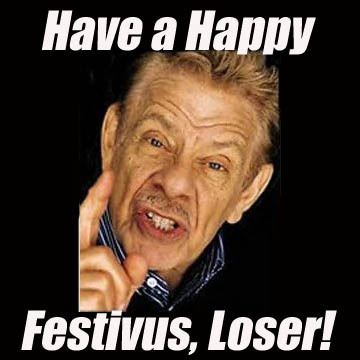 I am quite fond of the winter solstice, signaling as it does that the days are finally going to start getting longer again. Which is funny, because it also signals the beginning of winter, of which I am not so fond. Conversely, I love the summer, but have bittersweet feelings about the summer solstice, cause it’s all downhill from there.

You wonder how primitive man must have felt this time of year, with the sun disappearing more and more…and how long it took people to figure out that it was just a cycle, that this happened over and over, that all you had to do was wait and eventually things would start moving back in the other direction. And I also wonder, if I can get all heavy and metaphorical for a minute, why we don’t apply this kind of thinking to more areas of life. Cause if there’s one thing you can be sure of, it’s that whatever life is like now, it’s going to be different three months, or six months, or nine months from now.

Things are fucked now? They will change. Things are great now? That’s not going to last forever. So why worry? Just live as best you can in accordance with the time and wait for the next thing to happen.

I just wanted to post this so I would be sure to never ever, lose it. The key line comes 1:13 in: “He’s been consistent since he changed his mind.”