Philter to Bachmann: Get lost 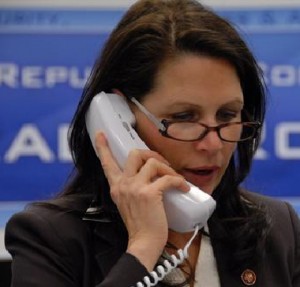 Up to this point I’ve found Michele Bachmann sort of an entertaining sideshow to the still-15-months-from-being-over 2012 election coverage. With her crazy googly eyes, faith-based approach to the facts, and 137 foster children, she has played more like a cartoon character than a serious candidate. But today she jumped the shark.

Here’s what she had to say about the recent natural disasters that have struck the east coast:

I don’t know how much God has to do to get the attention of the politicians. We’ve had an earthquake; we’ve had a hurricane. He said, ‘Are you going to start listening to me here?’ Listen to the American people, because the American people are roaring right now. They know government is on a morbid obesity diet and we’ve got to rein in the spending.

On the face of it, this is nothing we haven’t heard before from wingnuts of the Pat Robertson persuasion; the arrogance it takes to think you know what God is thinking is staggering, but it’s not surprising.

No, what makes this special is that, when there was an outcry over the remarks, she tried to back away in the worst way possible:

Bachmann spokeswoman Alice Stewart said Monday morning that the candidate was joking and that her comments weren’t serious. “Obviously she was saying it in jest,” Stewart told Talking Points Memo. Politico posted a short clip of Bachmann’s comments from a different portion of the speech, where her tone is on the lighter side.

Thing is, even if we bought that…it only makes things worse. Like, I’m sure the families of the 26 people who have died in Hurricane Irene (so far) found it hilarious. The whole thing makes me want to retch.

Michele Bachmann, you can go away now. We’re done with you.

Is that all there is?

Jerry Leiber, the lyricist half of the songwriting team of Leiber and Stoller, passed on to the next plane this week.

These guys wrote an insane number of great songs. The famous ones, like “Hound Dog,” “Jailhouse Rock,” “Yakety Yak,” “On Broadway,” and “Stand by Me,” are just the tip of the iceberg. I own an amazing anthology of 50 songs by the Coasters, and Leiber and Stoller wrote 47 of them, from “Framed” and “Charlie Brown” to “Searchin’ ” and “I’m a Hog for You Baby.” Not to mention “Three Cool Cats,” of which the Beatles were quite fond, and “Down Home Girl,” which was covered by the Rolling Stones. Check out the Coasters’ version, which boasts an unbelievable combination of word-perfect detail in the lyrics and sick funk in the music:

But their pièce de résistance may have been “Is That All There Is?” After being recorded by such luminaries as Leslie Uggams, Guy Lombardo, and Tony Bennett, this song reached #11 when it was done by Peggy Lee in 1969. In contrast to the generally lighthearted tone of L&S’s work, it is as bleakly existential a song as you’re ever likely to hear on the radio. Here is a live performance by the estimable Ms. Lee, after which nothing more need be said:

A welfare of writing good

Over the years I’ve learned to make peace with my spam. It used to annoy me no end, but anymore I have almost a fondness for those few spam comments that make it through the filter – like salmon swimming upstream, they are tenaciously fighting a doomed battle.

Take for instance this one from “Stephen Fest”:

I loved as much as you’ll receive carried out right here. The sketch is attractive, your authored subject matter stylish. nonetheless, you command get bought an impatience over that you wish be delivering the following. unwell unquestionably come more formerly again as exactly the same nearly very often inside case you shield this hike.

END_OF_DOCUMENT_TOKEN_TO_BE_REPLACED 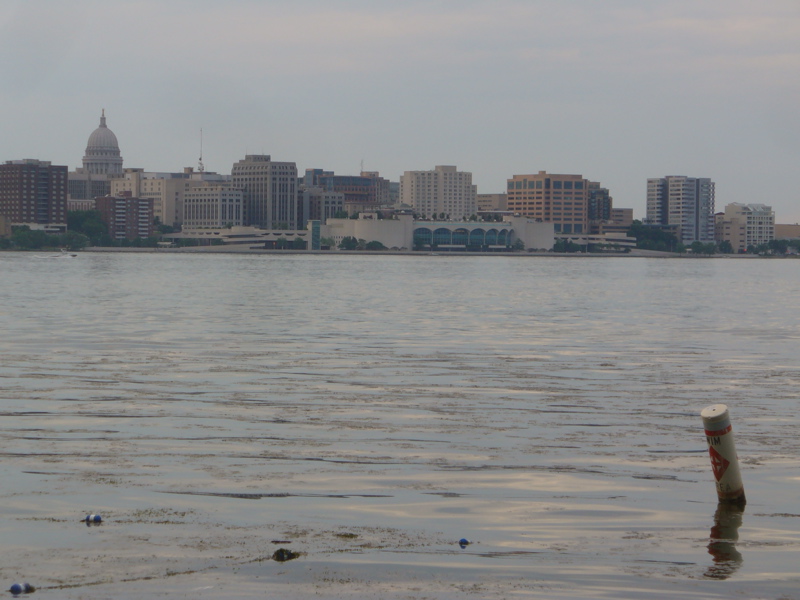 I’m way overdue to tie up the thread on the Wisconsin/Minnesota trip by telling you about our first leg, which was to lovely Madison, WI. Madison is in the news tonight, because there are six recall elections happening in Wisconsin today, part of the uncharacteristic-for-the-Midwest turmoil that has gripped the region recently. Meanwhile, London is literally burning; somewhere Joe Strummer is either shaking a fist or shedding a tear, possibly both.

In contrast, I have nothing dramatic to tell you about my time in Madison, which was mostly quiet and pleasant. The highlight was probably attending a live broadcast of the radio show Whad’ya Know, where my question was read on the air and the Old Man got to read the show’s famous “four disclaimers.” (For the record, this was the June 25, 2011 show.)

I was always told that Madison was a hip town, and while I wasn’t there long enough to form a full opinion, my impression was positive. I’d like to spend more time there someday. Note to self: This time, visit Dr. Evermor.