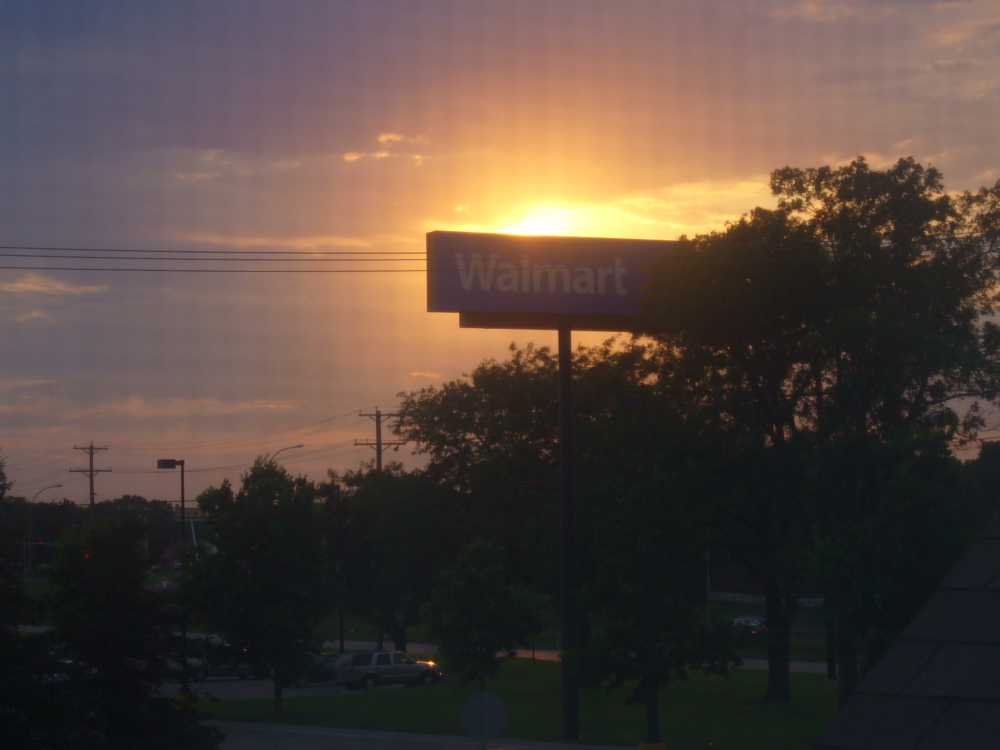 We happened to be in Minneapolis on the day Minnesota’s government (which is centered, technically, in St. Paul) shut down, apparently for good. Just two days before we had camped in one of Minnesota’s state parks, which have now been closed for 16 days and counting. 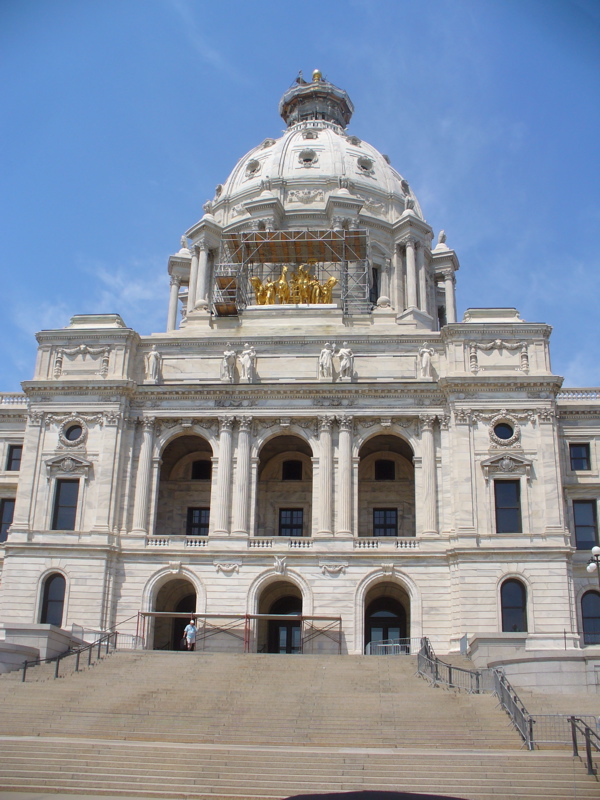 Minnesota: not open for business

On the news that night I saw a story about a family who had driven 250 miles only to discover that the park they intended to camp in was closed. (Apparently they were not news people.) The story had a happy ending, though: They were going to go to the Mall of America instead. 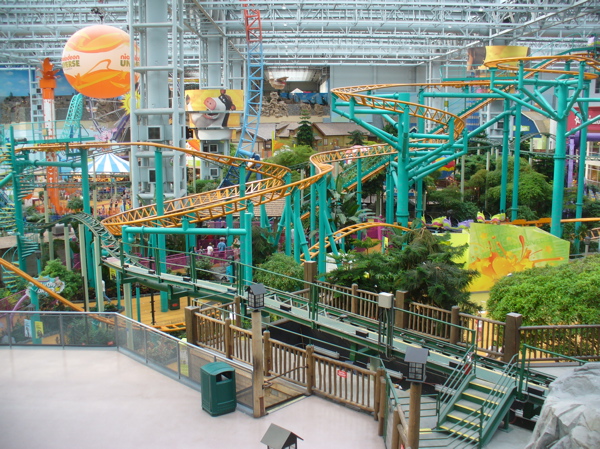 We did that too. And I am tempted here to launch into some extended riff about the twilight of Imperial America, touching on the govt. shutdown and the monument to consumerism that is the Great Mall, wrapping up by referring back to the Walmart picture at the top of this page. But it’s all too easy, too on the nose. Instead, here’s a picture of something I really liked about Minneapolis: the John Ashbery poem that stretches across a bridge near the art museum. It’s worth 1000 words at least. 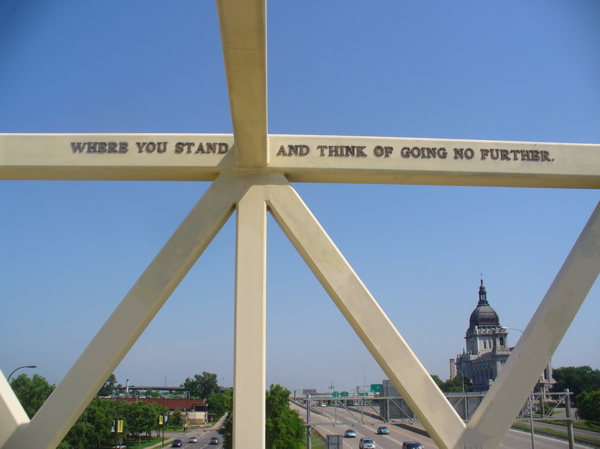