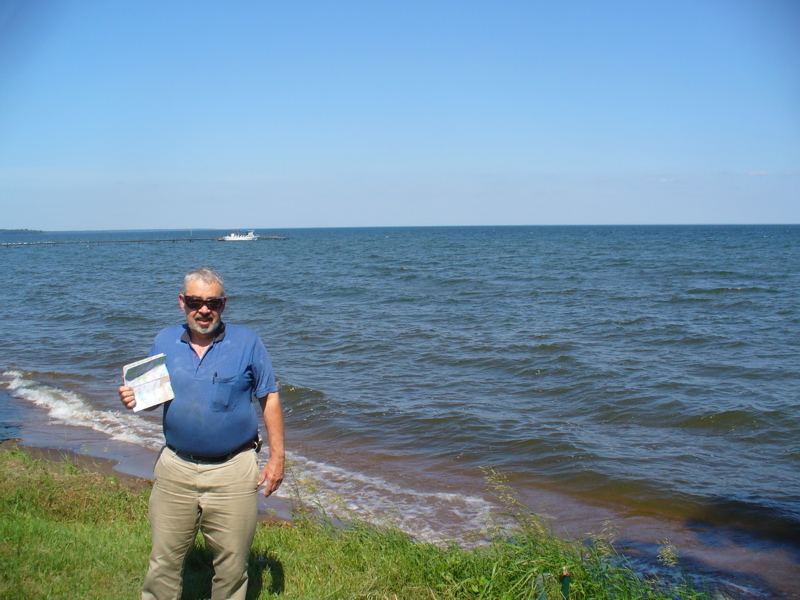 They call Minnesota the “land of 10,000 lakes,” though I have it from a semi-reliable source that there are actually more like 15,000. I only personally saw about a dozen of them, but I am willing to cede that there are certainly a lot of lakes there — especially when you consider that one of them, Mille Lacs, is roughly the size of Rhode Island. (Note: That last bit was not intended to be a factual statement.) 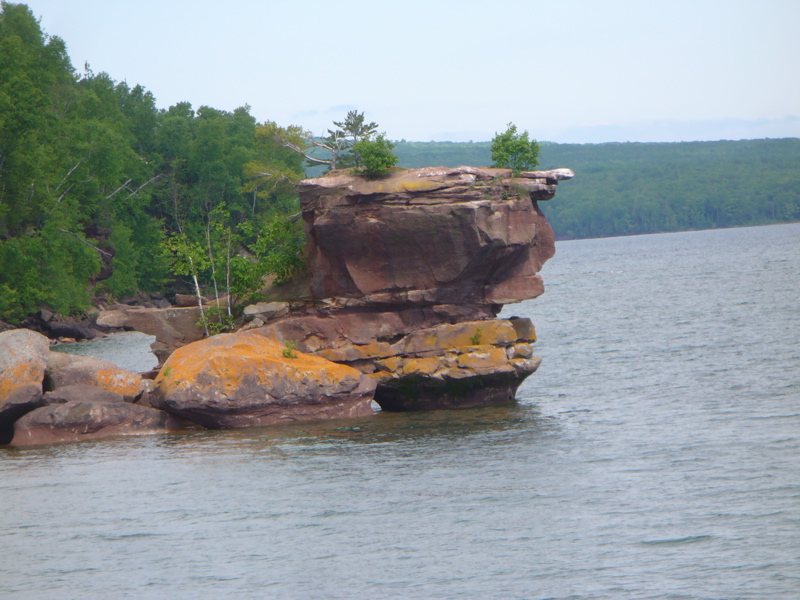 The picture above was taken on a boat tour of Wisconsin’s Apostle Islands, shortly before my only pair of batteries died. It was rill pretty up there, though, despite the fact that our seats on the top deck — supposedly a privilege — entitled us to be lashed by an arctic wind that blew several of the smaller children out to sea. (Again: not intended etc. etc.)

It’s funny, really, how you can have a perfectly pleasant journey 95% of the time, but it’s the times when things go wrong that really stick in your mind. Like the previous night, when the potential thunderstorms that had led us to consider finding a hotel in fact materialized, putting out the campfire and soaking the site. No sooner had the storm passed than I was awakened by two raccoons trying to steal our cooler and doing an awfully noisy and unsubtle job of it. Fortunately, after some lantern trouble and a frank exchange of views with the mammals involved, I was able to retrieve it; half a brick of very good cheese was lost, but the bacon, thankfully, was saved.

On the whole, though, we had very good luck with the camping, including the previously mentioned stay at MN’s McCarthy Beach State Park two days before that became no longer a thing one could do. Just now I visited Minnesota’s tourism web site to see what they might be telling prospective visitors (“Warning: Minnesota is closed!”), but apparently the site itself is shut down for the nonce.

EMT is a state agency and our services are not among those considered critical or essential services; therefore, in the event of a shutdown of state government, EMT staff will not be available to provide any services to the public or to the tourism industry until a new state budget is in place. Voicemail and e-mail will have out-of-office automatic replies. EMT staff will not be working in the event of a shutdown.

A taste, perhaps, of things to come.