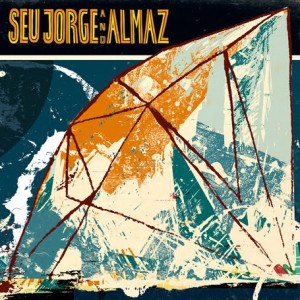 Like a lot of people, I first became aware of Seu Jorge when he appeared in The Life Aquatic with Steve Zissou, strumming an acoustic guitar and singing David Bowie songs in Portuguese. I explored his other stuff after that, and while it is certainly of a high quality — sophisticated and elegant in the tradition of Gilberto Gil, Caetano Veloso, and Jorge Ben — none of it quite hit me in that same spot. Partly because the words are in another language and, unlike the Bowie songs, I don’t know what they mean.

For his most recent album, Jorge (his real name is Jorge Mário da Silva; “Seu Jorge” translates roughly as “Mr. George”) hooked up with bassist and composer Antonio Pinto and two of the guys from Nacao Zumbi, erstwhile backing band of the late, great Chico Science. Seemingly intent on bridging the accessibility gap, Seu Jorge & Almaz is an album of covers, several of them sung in English. My favorite is probably their version of Kraftwerk’s “The Model,” but they do a nice job with Ramp’s “Everybody Loves the Sunshine” and even Michael Jackson’s “Rock with You.”
END_OF_DOCUMENT_TOKEN_TO_BE_REPLACED

Sharon Jones and the Dap-Kings: “I Learned the Hard Way” 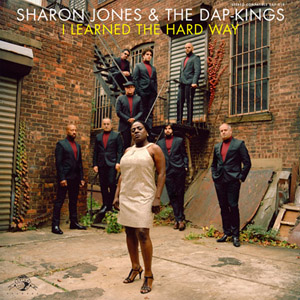 Synthesizers killed soul music sometime around 1980. Technology made a lot of new things possible, but it somehow also made a lot of old things impossible. Listen to any anthology of soul that extends into the 80s and you can hear that moment where the synths and drum machines start to creep in and everything goes to crap.

Sharon Jones and the Dap-Kings’ raison d’être is to re-create the long-lost sound of real soul and funk, much as I am told scientists are in the process of re-creating the woolly mammoth. This is a worthy project and they have been very successful at it; if you put on I Learned the Hard Way without my knowing what it was, and told me it was recorded in 1973 instead of 2010, I’d believe you. This is what we call authenticity – or at least, you know, a credible simulation of authenticity, which is just as good.
END_OF_DOCUMENT_TOKEN_TO_BE_REPLACED