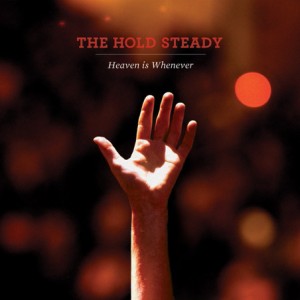 to success and disillusionment:

To what keeps them going:

We’re not afraid, we have our faith
We’ve seen scattered action and we’ve mostly come out unscathed
We’ll be alright, we’ll get through the night
Our struggle still feels wonderful most days, most days

The album’s centerpiece is “We Can Get Together,” a simultaneously heartfelt and nerdy love song to music itself, complete with references to Pavement, Hüsker Dü, Meat Loaf, and Utopia, among others. The album takes its name from the lines “Heaven is whenever we can get together/Sit down on your floor and listen to your records,” and damned if I don’t get a little tear in the corner of the eye thinking about all the people I’ve shared music with over the years…you know who you are, I’m not pulling out my little Oscar list to thank you, but thanks anyway.

← The Infinite Jest Deathmarch, Stage 21 (and Final!) ← Sharon Jones and the Dap-Kings: “I Learned the Hard Way”