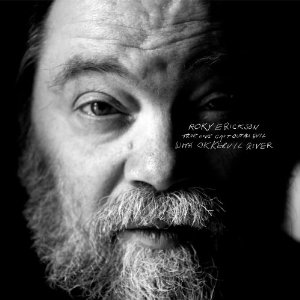 That Roky Erickson continues to live and breathe, much less make records and tour, is nothing short of a miracle. Back in the 60s, he was on top of the world, or maybe all the worlds, as the handsome and charismatic leader of the 13th Floor Elevators, perhaps the original psychedelic rock band. Then he was targeted by Texas police for, as far as I can tell, having too much fun; he went to a psychiatric hospital as part of a plea bargain, and it was all downhill from there.

Roky was never the same afterward, due to some mutually reinforcing combination of mental illness, incarceration trauma, and truly excessive amounts of LSD. He continued to make music, some of it quite good, but always had the haunted look of a man struggling with demons, which were often the subject of his lyrics – along with aliens, the bible, vampires, zombies, walking in the graveyard with a two-headed dog, etc. After several decades of sporadic releases and public appearances, by the late 90s he had dropped out of sight entirely, living with his mother and seemingly spiraling downward into a vortex of madness.

The 2007 documentary You’re Gonna Miss Me depicts just how low Roky had sunk at that time: confused, depressed, solitary, losing his teeth, obsessed with the mail, keeping “multiple TVs and radios on at full volume to drown out the voices in his head.”* At one point he was even arrested for stealing the junk mail from the mailboxes of departed neighbors. The influence of his mother, Evelyn, who was clearly not dealing from a full deck herself, may not have caused his problems, but certainly wasn’t helping.

You’re Gonna Miss Me follows Roky’s youngest brother, Sumner – a professional tuba player who lives in Pittsburgh, I kid you not – as he finally obtains legal guardianship of his brother after repeated attempts. After receiving long-overdue medical, dental, and psychological help, Roky appeared to recover more of his sanity than you would have thought possible. And while all this forms a suspiciously clean and inspirational narrative, the proof was right there in front of our eyes at the Fillmore last May: Roky Erickson playing live with fellow Austinites Okkervil River backing him, looking happy to be there. His voice isn’t what it once was, and the show was over a little too quickly; but I feel like you have to give Roky the benefit of the doubt after all he’s been through.

The same applies to True Love Cast Out All Evil. A far cry from the wide-eyed psychedelia of the Elevators, as well as from the hard-rocking stuff he recorded in the 70s and 80s, this is the sound of a humbled man looking back at his life and trying to extract some kind of meaning, grace, redemption from it all. Viewed from that standpoint it is almost immune to criticism. Most of these songs are not new, and many of them date from Roky’s time in the psych ward; “Devotional Number One” is actually a scratchy, lo-fi recording from that era. The performances are clearly heartfelt, and some of the sadder songs may make you shed a tear for “thought-lost and never-known treasures,” but there are moments of real uplift too. You can’t listen to the song “True Love Cast Out All Evil” and not want it to be true, maybe even believe for a minute that it is. And isn’t that what music is for?

* From Will Sheff’s liner notes to True Love Cast Out All Evil.