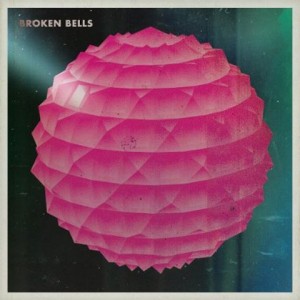 I’ve had an ongoing argument with a friend for a few years now re: Danger Mouse. Is he the real deal or a clever charlatan? I say his work on the Gray Album, Gorillaz’ Demon Days, and Gnarls Barkley qualifies him as a producer to be taken seriously. My friend says he’s a serial plagiarist whose greatest gift is for self-promotion. (This same friend, by the way, is the founder of fuckDJs.com.)

We enjoy these little arguments over coffee, and never expect to have them really settled. New data is always welcome, though, and Danger Mouse if nothing else keeps busy; in 2010 his name was attached to three major releases. One was the Black Keys’ Brothers, which I never found time to listen to cause I was too busy blasting their 2009 rock/hip-hop fusion project Blakroc. The second was Dark Night of the Soul, a collaboration with the late Mark Linkous (a/k/a Sparklehorse) and David Lynch, which was actually leaked back in 09 and, with all due respect to the dead, not that great. The third was Broken Bells, which teams D.M. with singer James Mercer of the Shins, a band about which I know exactly nothing.

The first time I heard a song from this album, I thought it was a new Gorillaz song; when he jumps up into a higher register, which he does often, Mercer is a dead ringer for Damon Albarn. He’s actually got a technically better, if less distinctive, voice than Damon, but Broken Bells is no Gorillaz. This album is pretty low-key, sort of indie chamber pop, with everything buffed to a glossy sheen by Danger Mouse’s flawless production. Too flawless: D.M.’s greatest weakness is a tendency toward airlessness, toward making things vacuum-sealed and perfect and somewhat less than human. Broken Bells could use more of the feel of musicians playing together, and less of two guys multitracking themselves.

Having said that, this album is not bad. It’s not trying too hard; it wants to insinuate itself into your consciousness, not pick you up and shake you. I’ve liked it a little bit more with every listen, which is always a good sign, but it’s not going to settle any arguments; maybe Danger Mouse’s next project will. It’s called Rome, “features vocals from The White Stripes’ Jack White and Norah Jones” and “was inspired by the film soundtrack work of Ennio Morricone.” In the meantime, you’re free to enjoy, or not, as you see fit, this video for Broken Bells’ “The Ghost Inside,” which cleverly repurposes an old Hall & Oates video:

← Black Francis: “Nonstoperotik” ← The Congos: “Back in the Black Ark”