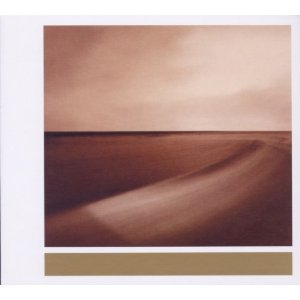 I haven’t been keeping much track of what Eno’s been up to since he released his last vocal album, Another Day on Earth, in 2005. I do know that he cozied up to Coldplay, serving as producer of both their last album and the one currently being recorded, which I think consists of collecting large amounts of money to sit on a comfortable chair in the studio and tell them which of their songs suck the least.

Pardon my cynicism. I just finished reading a great biography of Eno called On Some Faraway Beach, and it reminded me of a) just how amazing and innovative he was up until the early 80s and b) just how little of interest he’s done since then. OK, he did seemingly coax U2 into making their best albums (for the record: Achtung Baby and Zooropa), Another Day on Earth had its moments, and his 1990 collaboration with John Cale, Wrong Way Up, was a keeper. But for the most part he’s seemed less and less interested in communicating with us, his fellow humans, and more and more in exploring some abstract landscape of his own devising.

Small Craft on a Milk Sea doesn’t exactly reverse that trend. It’s another instrumental album, which I always find a slight disappointment, even when forewarned, so fond am I of Eno’s voice. Like much of his ambient work, it’s self-consciously cinematic – occasionally suggesting Morricone and Badalamenti and probably others with whose styles I’m less familiar – but a little edgier than most, i.e. less placid, with a wider range of emotional textures. One song, “2 Forms of Anger,” even features loud electric guitar.

But while Small Craft is definitely thought-provoking, and may even be brilliant on some plane beyond my monkey-brained level of musical sophistication, I just can’t find any way to really connect to it. Perhaps heard while floating in an isolation tank, on the third straight day of zen meditation, or under the influence of the right combination of psychedelics, it would yield up its secrets to me. But in the meantime, next time I put on an Eno album, it’s likely to be Another Green World or Taking Tiger Mountain, as usual.