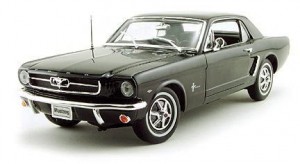 This was meant to be a picture of a 1964 Ford Aventura, but, says WikiWallace, 'there is no such car.' This is your basic black 64 Mustang.

Note Profile: The daunting note 234 lurks somewhere in the near distance, but I think some of us have read that one already.

Everything seems to be up in the air at this time, as Mr. Byrne once noted; so I’m leaving this week’s target open-ended for the moment. Let’s reconvene later in the week and see where we are and where we want to be. Happy Adapted-Pagan-Winter-Solstice-Festival to you and yours.

Pepsi Is Not OK

I recently promised myself that the next time someone in a restaurant asked me if Pepsi was OK I would say that it wasn’t and storm out, possibly upending a table or two on the way out to emphasize my point. But when it happened today I was on an airplane and walking out was not an option (D.B. Cooper, I am not). And after expressing my displeasure, in my next breath I backtracked and accepted the proferred substitute, desperate for a small hit of sugar and caffeine. Maybe next time. 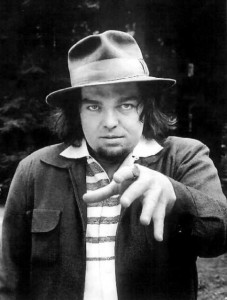 He had too much time to be without love.

Writing today from Kansas City International Airport, where word has just reached me of the demise of Don Van Vliet, an artist of renown who for many years made music under the name Captain Beefheart. If you don’t already know why this matters, there’s no time to explain right now; my plane is boarding even as we speak. I refer you to my previous eulogy for the Captain, vintage 2006.

I’m on my way cross-country today, but slowly, slowly…haven’t even made it out of the Bay Area yet. Still, my web access is limited, so at the moment just a quick note to say…is this thing on? Who’s still on board? Comments so far this week from JES, Matt, and Debra…what about the rest of yez?

Also, it was suggested that we make this a low-page-count week on account of the holiday. I’m amenable to that if it’s what the people want, so speak now or forever hold your peace. 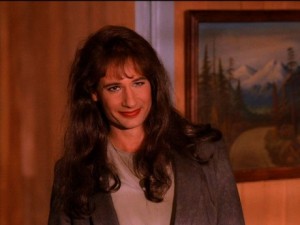 An image search for 'Helen Steeply' turned up this image of David Duchovny in 'Twin Peaks' drag, and that seems about right.

Begin: Page 450 (“The Enfield Tennis Academy has an accredited capacity of 148 junior players…”)
End: Page 503 (“This was how I first became interested in the possibilities of annulation.”)

Big ups to everyone who’s made it this far. This week we’ll pass the halfway mark – hooray for us!

Would love to make some pithy/inspirational/hypersmart comment here. But tired. Very, very tired, for complex reasons. Still, the future is bright, I’m certain.