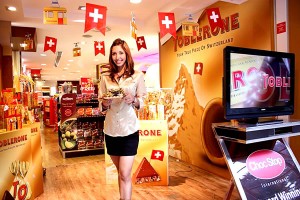 Begin: page 49 (“Here’s Hal Incandenza, age seventeen, with his little brass one-hitter…”)
End: page 95 (“Steeply had found his triceps’ scratch and twisted the flesh of his arm to examine it, his rouged lips rounded with concern.”)

One might feel a little bounce in one’s step after completing the first week’s reading. That wasn’t so bad, now was it? But I would caution, again, against irrational exuberance; there’s still a long way to go.

Leaving this week’s target a little short, rather than long, since it looks like we are about to start getting into longer and more frequent endnotes.

And a quick reminder: Please refrain from posting comments about parts of the book beyond the current assignment. I’m not sure the word “spoiler” really applies to this book, but people like to be surprised by things that might possibly be surprising.

Now if you’ll excuse me, all this talk of one-hitters and Toblerone is making me hungry.