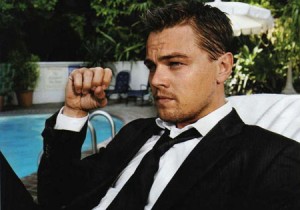 It was another slow day on the Tour, at least until the last few kilometers, when things heated up a bit. Alexandre Vinokourov, who had been in the breakaway all day, was one of two riders in front as they approached the top of the last climb of the day. It was generally assumed at that point that Alberto Contador would stay in the peloton and let his teammate Vino go for the stage win.

But no – with about 2k to go, Contador shot out of the pack followed by Joaquin Rodriguez and they quickly caught Vinokourov. It was never entirely clear if this was a planned move by the Astana team or just Contador freelancing as he is wont to do. Soon Vino dropped away and it was just Contador and Rodriguez sprinting to the line. Rodriguez took the win, but Contador was happy because he had gained some time on Andy Schleck, who was unable to match Contador’s acceleration. Vinokourov came in 3rd, pumping in his fist in what I thought was victory but could just as easily have been frustration.

After all that, Contador erased one-quarter of Schleck’s 41-second lead and is 31 seconds behind with 12 stages and almost 59 hours of racing in the can. With any luck, they will duel all the way to Paris. This has the chance to be the most dramatic Tour in many years; let’s keep our fingers crossed.

Meanwhile, I’d like to talk a little about the movie Inception. My one-word review: Disappointed.

To expand: This film has a great premise, arresting visuals, and lots of good ideas. Too many, really – there are way, way too many moving parts. This is a movie about dreams and it should have used dream logic: Paint with a few broad strokes and let our minds fill in the rest. Instead we get endless explanations of how the whole dream-sharing mechanism works, and comparatively little attention is paid to what really matters, which is the psychology of the characters. It’s not till very late in the action that we understand what’s at stake, so we have no reason to care for the first 90 minutes or so, which to me were a few wow-gee-whiz moments separated by long stretches of tedium.

Far too often, instead of generating actual drama, Inception relies on the characters talking and looking very, very serious as the bombastic soundtrack tries to convince us something important is happening. As a result, the people in this movie don’t seem like human beings; they never smile, never laugh, never have a conversation that isn’t weighted down with exposition. We’re supposed to believe that Leonardo DiCaprio’s character is deep because he furrows his brow and pines for his lost wife and kids; but that’s all he does. That’s not depth, that’s one-dimensionality.

And the running time: two and a half hours. Why? Like many movies I see lately, Inception is at least a half-hour too long. If they took a little more time, they’d write shorter scripts.

To be fair, things improve quite a bit in the last 45 minutes or so, and the ending could accurately be described as moving. But on the whole, a shot and a miss. Resources, talents, and potential squandered. A shame.

Memo to Chris Nolan: Before you make your next movie, give me a call and I’ll help you cut out about half your ideas so the other ones have room to breathe. Less is more, my friend.