Baby’s back, dressed in dark gray

Today marked the return of my favorite cat site, Baby’s No Help, a single-minded project devoted to chronicling the adventures of one complicated cat and her friends. The cat in question, Oakland’s own Baby, is an especially devoted guardian of Earth and its inhabitants.

Not everyone appreciates the work that cats do in protecting us all from the trans-dimensional creatures (TDCs) that pose a constant threat to our way of life. In fact many of us remain blissfully unaware of the threat and of the fact that, without the constant vigilance of our feline defenders, the TDCs would wreak havoc on our dimension. No one is sure exactly what they would do, and Osiris willing, we will never find out; but without a doubt it would be terrible indeed.

Now you may be saying, “But wait, my cat sleeps upwards of 20 hours a day. What kind of protection is he or she against anything?” Well, the fact is that the TDCs appear on our plane of reality only rarely, often in the middle of the night, local time. Thus it is vitally important that the cats are well-rested at all times, so that they may respond swiftly and decisively when the moment comes. There is some kind of circuit in the feline brain that warns them when the dimensional barrier is breached (it is particularly strong in female cats for some reason), and this is why even a cat who seems to be wrapped in the deepest reaches of slumber may suddenly come alert, looking this way and that at what appears to be nothing at all.

This is also why cats feel entitled to anything they want to eat, the warmest places to sleep in, and as many hours of uninterrupted repose as they care to enjoy. So the next time you see a sleeping cat, by all means do not disturb it; instead lean over and whisper your thanks quietly in its ear. It may appear entirely oblivious, and may well be so, but rest assured the message will get through somehow.

A funny line taken out of context

From a horrible news story:

Defense attorney Jeff Deen said his client admits putting his wife’s body in the freezer, but he doesn’t know how she died. 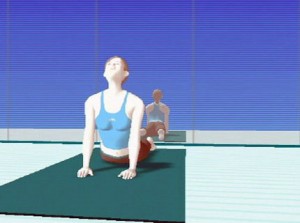 I also have a strange, longstanding attachment to the character Trillian from The Hitchhiker’s Guide to the Galaxy, who started out as the smart, sexy, and I’m pretty sure brunette voice of Susan Sheridan in the BBC radio series, became a literary character for many years, morphed briefly into a blonde bimbo for the TV series, then turned into Zooey Deschanel in the movie—which was doubly confusing, because I like Zooey Deschanel very much, but I hated that movie.
END_OF_DOCUMENT_TOKEN_TO_BE_REPLACED 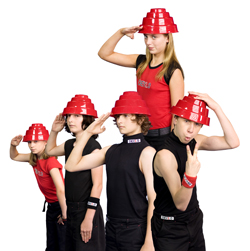 In some respects this has turned out to be true; certainly Devo’s vision of an increasingly technology-centric, fragmented, and surreal world was spot-on accurate, though knowing it was coming didn’t necessarily help us prepare for it, and may even have been something of a burden.
END_OF_DOCUMENT_TOKEN_TO_BE_REPLACED

Five years, what a surprise

And just like that, it’s over: 5 years, 500 posts, 533 comments. Given how much I wrote in the first year, that means I’ve been awfully lazy in the last few; but that’s OK, because at least I’ve written more than nothing, and that’s something, right?

A few notes and updates:

Which brings us right back, again, to David Bowie, who I’ve written about probably more than anyone. In the future I think that Bowieism will be recognized as a viable religious option, probably after the great man himself passes on to the next Bardo, assuming he ever does. It’s possible David, Lou, and Iggy will be granted eternal life by the aliens when they land in 2012, having travelled many light years to follow up on that Chuck Berry we sent them a while back.