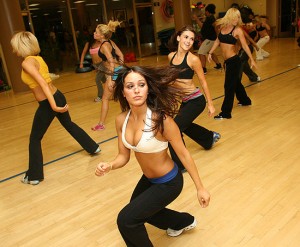 On the bright side, the Warrior Girls stayed pretty healthy throughout the season.

So here we are at the end of another long, long NBA regular season. With the possible exception of Nets fans, it hasn’t been longer for anyone than for those of us who root for the Golden State Warriors. But we are a hardy bunch, patient and loyal — insanely, you might even say delusionally, so. This year’s edition was in turmoil from the very beginning, with veteran Monta Ellis openly questioning the selection of Stephen Curry in the draft and disgruntled captain Stephen Jackson talking his way out of town early in the season.

It just got worse from there. It’s hard to tell at this point whether the 09–10 Warriors had a chance to be good or not, because they suffered a truly remarkable number of injuries that often made it hard for them to field a squad, much less compete with the rest of the Association. There was even a game where Steph Curry picked up his sixth foul with a few minutes left in the game but, because there was no one on the bench to replace him, was allowed to finish the game by an obscure and seldom-invoked rule. They picked up a bunch of guys from the NBA’s farm system, the Developmental League, and while some of them played extremely well — Reggie Williams, Anthony Tolliver, Chris Hunter, I love you guys — you never want to be in the position of bringing players up from the minors and playing them 45 minutes a game.

If you look at a list of current NBA injuries, you’ll see that most teams have one or two or maybe three. The Warriors have 13, including Anthony Morrow and Corey Maggette, who shut it down for the season just yesterday as if they wanted to join the club. That’s more players than are on a normal NBA roster. It’s crazy. And quite frankly, Bob, so are we. We continue to go to the games, watch them on TV, talk about them, and even write about them, just like we were fans of an actual professional basketball team. We need help. Really.