Eye on the News

But I have to ask: What is Gary Coleman doing there?

Took these while waiting at the stoplight at the corner of Broadway & 51st. 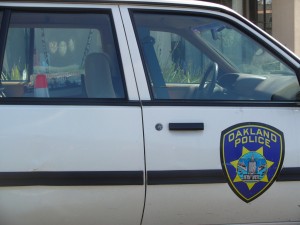 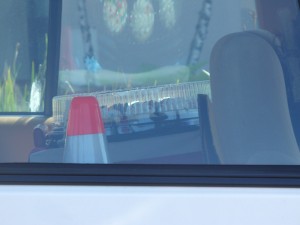 Mystery photo of the day

I just found this on my computer. I have no idea what it was supposed to be a picture of, but as an abstract, I rather like it. 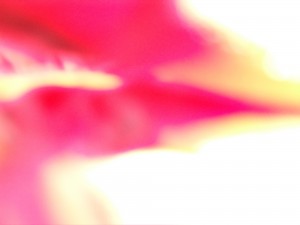 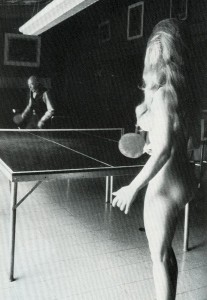 How could I resist this picture of Henry Miller playing table tennis with an unnamed young lady?

I’ve been filling in one of the many holes in my education by reading Henry Miller’s Tropic of Cancer. This is the first time I’ve actually read one of his books, and I find him pretty much as advertised: egotistical, chauvinistic, and sex-obsessed, but there’s no doubt the man can write.

What did surprise me was to find that Miller, whom I’d always thought of as a swashbuckling type, was actually a proofreader for a while. Here are some of my favorite passages from that part of the book:

END_OF_DOCUMENT_TOKEN_TO_BE_REPLACED

I Hate What Now?

I saw this in a parking garage in Walnut Creek this morning. Look at that precision, that perfection of form. Lovely, but what does it mean? Is it a message from some ancient civilization? Did aliens put it there? So many questions, so few answers. 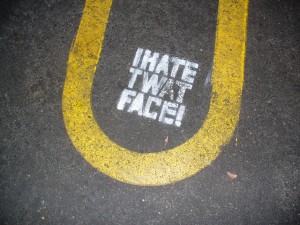