A few thoughts on the end of the decade

First off, a couple of notes to those buzzkills who love to remind us that this is not really the end of a decade, just like 2000 was not really a new millennium:

1) You are technically correct, and
2) Nobody cares.

See, these numbers don’t have any real significance to begin with; they’re just human constructs imposed on what is really an undifferentiated flow of time. And our simple human brains get excited when the bigger numbers roll over. Nobody wants to hear your bitching, and especially not now. One is hesitant to write off an entire decade, but I don’t think many of us are sad to see this one go.
END_OF_DOCUMENT_TOKEN_TO_BE_REPLACED

A few years back, I posted a piece by Robert Ingersoll called “A Christmas Sermon,” which I never tire of reading. It’s well worth another look today.

I think this one pretty much speaks for itself.

END_OF_DOCUMENT_TOKEN_TO_BE_REPLACED 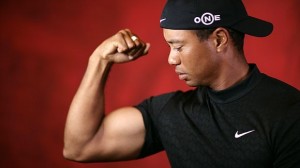 So here we are at the end of another decade. I haven’t been reading or hearing too much about it, probably because we made such a big deal of the last change of decade (which happened to be the turn of the millennium as well), then were disappointed when the world utterly failed to blow up or suddenly change in any significant way.

A recent viewing (I think it was the 99th) of Withnail and I got me to thinking about 1969, a year during which I was alive but not particularly sentient (I was 1 when it started, 2 when it ended). But it seems to me it was a pretty dark time, not unlike the fairly depressing conditions many of us find ourselves in today. So I thought it would be interesting to put together some of the music I have from that year and share it with you.

Herewith, the first installment of a projected three or four, introduced by Danny, Headhunter to his friends…Headhunter to everyone, he doesn’t have any friends. If you have suggestions for songs from 1969 that I ought to use in the other installments, please leave a comment. And now: