I’m particularly pleased with this one for some reason…I just like the way the songs fall together. Maybe you will too. Happy Thanksgiving, turkeys.

END_OF_DOCUMENT_TOKEN_TO_BE_REPLACED 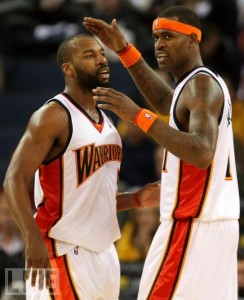 Whitey on the moon 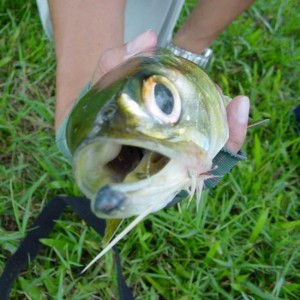 I was a little groggy when I was reading the paper this morning, so I may have this wrong, but I’m pretty sure NASA found whitey on the moon. That Gil-Scott Heron is a prophet!

Got to spend some quality time last night with my old friends Dan and Bob, and also with our other friends Charles, Kim, Joey, and David, who play together in a band called the Pixies. The Pixies were in town to play some shows marking the 20th anniversary of their album Doolittle, an album which, like the first Velvet Underground record, launched a thousand bands—including Nirvana, who launched ten thousand more.

It’s hard to get too sentimental about Pixies music, which is loud and aggressive and full of death imagery, though I suppose you could shed a tear over “Monkey Gone to Heaven” or “Silver.” (Speaking of the latter, can I rant for a minute? Why is it that a minute a band plays anything less than punishingly loud, a hundred conversations start up? You have the rest of your goddamn life to yammer on about whatever you please. Can’t you just shut up for a minute so we can hear the music we all paid to hear? OK, thanks, I feel better now.) The highlight for me was probably “Hey,” which triggers some vivid memories of my 20th and 21st years. Aided by lyrics on the video screen—although I think they knew the words anyway—most of the crowd sang along, and it was surreal to hear a thousand people singing

Hey
Been trying to meet you
Must be a devil between us, or whores in my head
Whore, door, whores in my bed
But hey, where have you been?
If you go, I will surely die
We’re chai-ai-ai-ained…

It gave me the chills, actually, but the good kind. Worth the price of admission alone, right there.