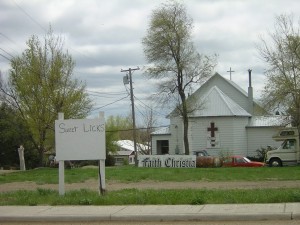 It’s Eno’s world; the rest of us just live in it

Those of us of a certain bent feel about Eno much as Catholics feel about the Pope. Why do we love Eno so much?

So if you own any Eno, I recommend pulling it out and listening to it today. If you don’t, I recommend you get some immediately.

(1) Those of you who are saying “Actually, technically, Tony Visconti was the producer of those albums”: Ding ding ding! You are correct. I’m leaving them on the list anyway.

And speaking of baseball…

Yogi is one of our greatest living zen masters. He may not be aware that he is a zen master, but that just proves how totally zen he is.

He originally gained renown as a baseball player, but his greatest achievements have been in the field of the zen koan. A koan is a saying, riddle, or parable that disorients the logical mind, allowing us freedom of thought and giving us a glimpse of the ineffable.

Here are just a few of the mind-bending things that have passed Yogi’s lips over the years:

“You’ve got to be very careful if you don’t know where you’re going, because you might not get there.”

“If you don’t know where you are going, you will wind up somewhere else.”

This last one contains more wisdom than the collected works of Dr. Phil put together.

As seen on ESPN this morning:

1) The White Sox’s Jose Uribe loses his grip on the bat and it flies into the stands.
2) To make up for endangering the fan’s life, Uribe lets him keep the bat.
3) Two pitches later, using his new bat, Uribe hits a homer.

I am officially opposed to Starbucks. I’ve always been very clear about that. Like all right-thinking Bay Areans, I drink Peet’s and view Starbucks patrons with a certain amount of disdain.

Everything changes, though, when I travel into areas without a reliable source of heavy caffeine. This week, for instance, I have been driving with my dad through Iowa and the Dakotas. The first morning, the coffee at the Super 8 was so weak that my system wouldn’t even acknowledge it. Every cell in my body craved a fix for the rest of the day, and I am ashamed to admit that every time we passed through a decent-sized town, my eyes reflexively started scanning for the green circle logo. In vain, as it turned out.

Yesterday was a lucky day: We improbably found an independent coffee boutique in a random northern Iowa town. And this morning’s cup of Kona from the “Get’n’Go” was surprisingly both tasty and potent. But that didn’t stop a big, goofy grin from involuntarily spreading across my face as we rolled into Bismarck, North Dakota this afternoon and found a Starbucks conveniently located about a hundred yards from the hotel. As a matter of fact, I am drinking a triple grande mocha right now.