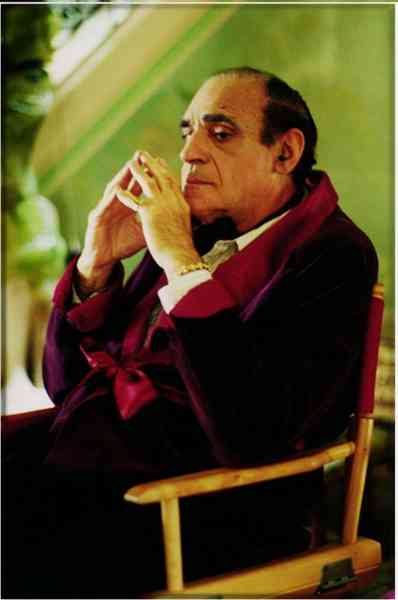 This week, I’ve been watching the first season of “Barney Miller” on DVD. Although a bit dated at times, it features excellent work from the underrated Gregory Sierra, the late Jack Soo, and of course the great Abe Vigoda. The weird thing is that half of Abe’s bits on the show are about how he’s so old and has one foot in the grave.

And yet, according to abevigoda.com — which posts hourly updates — Abe Vigoda lives on. His IMDB page even has a credit in 2005; he appeared on “The Third Annual TV Land Awards.”

Now, I have no problem with this. I do not wish death upon Abe Vigoda, by any means. I just think it’s weird. What is Abe taking to keep himself alive? Is he a vampire, or some other sort of undead? I hate to think of Abe having to suck the blood of younger, less talented actors to stay alive. Wait a minute… I must now go and write that screenplay… I’m going to call it Feeding Abe Vigoda. It will show Abe being cast in an “O.C.”-style primetime soap with a bunch of twentysomethings, who one by one begin to mysteriously disappear. Look for it in theaters in 2007.

In the meantime, here are a few Abe Vigoda factoids:

• For a period in the 80s, Abe was widely believed to be dead. And I mean more so than now; a poorly fact-checked People article had referred to him as “the late Abe Vigoda.” Apparently this led to a rising demand in show business for “Abe Vigoda-type” actors, while Abe himself became ironically underemployed.

• Abe was considered for the part of the monster in Young Frankenstein. It’s hard to imagine anyone topping Peter Boyle’s performance, but still, I’d like to have seen Abe’s version of “Puttin’ on the Ritz.”

• According to nndb.com, Abe is straight. Just in case you were wondering.

• According to the ad on Google, eBay is offering “Great deals on Abe Vigoda.” Word to the wise: Make sure it’s the genuine item before closing the deal.

The Buddha on the road

Lao Tzu (or someone like him) once said: “If you see the Buddha on the road, kill him.”

I puzzled over this for a long time. It’s pretty counterintuitive—”Wait, we like the Buddha. Why should we kill him just because he’s on the road?” But as the years have gone by, I think I’ve gotten a decent handle on what he was talking about.

When you’re traveling, life seems so much easier. Well, unless things are going horribly wrong on the road; but when you’re moving along nicely your problems seem distant, everything seems possible, and every once in a while you get the feeling that maybe, just maybe, you finally have this whole life thing figured out.

Which is a nice feeling. But then, eventually, you come home again, and there are all those problems, right where you left them. Things that seemed like solutions when you were on the road rarely pan out. Or is it just me? I’d be curious to hear what other people think.

Anyway, I think now that Lao Tzu (or someone like him) was cautioning us against looking for answers outside ourselves: in a distant locale, or in some self-help book, or in something you found on the Internet. You can get useful clues that way, but the real answers are found inside, i.e. at home.

So I was at my dad’s place. It was somewhat late at night. Struck with the urge to relieve my bowels, I looked around for some reading material and noticed America: The Book, with Jon Stewart on the cover, on the coffee table.

Upon seating myself, I flipped the book open at random to page 103 and read:

“Now that you have read the first five chapters and assimilated every word into the fiber of your being — or have randomly opened to this page while taking a dump — you are ready to learn about campaigns and elections.”

A chill ran down my spine. It seemed important at the time.

This is a picture of a perfect half moon. Why it turned out like this, I have no idea. 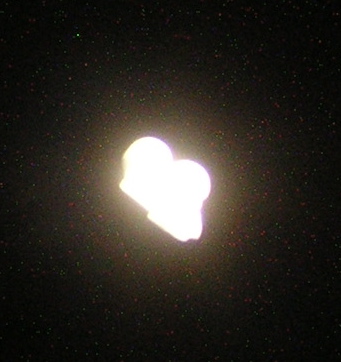 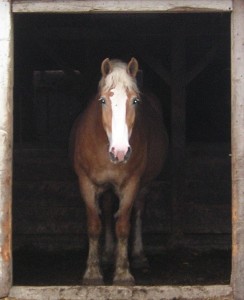